The Nikon Z6 II Autofocus doesn’t function well unless you know this one thing. See what we learned from talking with the Nikon Rep about the autofocus system of the Nikon Z6 II and see our test results in this Autofocus Review. And when you learn this you may just think it’s amazing! So first of all, I want to say that in most shooting conditions, the Z6 II is going to do great with the autofocus. It’s very responsive. It’s going to be sharp just like most cameras these days. Where we did find it struggled compared to the Canon R6 is in two scenarios. First of all, when you’re using tracking mode. So face detect, particularly if the subject is too far away, it’s just not going to pick up their face. Which means it may start tracking them too late. Another scenario where it didn’t do so well was when someone was walking from bright sunlight into shadow. So when they were underexposed, it kind of lost them even when it was tracking. And you can see that here in this example where it is staying with Jay P’s face when he’s in the sun. But as soon as he moves to shadow, it kind of freaks out and goes to the background and never recovers. So that’s why in the previous video, we said, “You know what, this autofocus isn’t as good as some of the competitors.” Because in these scenarios, the competitors are doing a little better. But what we didn’t understand, and after talking to Nikon and getting some good advice, is there is a mode on this camera where you can choose a box. So if you want a composition rule of thirds up in the upper right hand corner, and you want your person to stay in that corner, you put the box there.Now at a distance, that box picked up the person just fine. And when you went behind the tree, it picked the person back up behind the tree. You see in this example as Kenneth walks up to me, it’s staying with him the entire time, right into a close up. And again, with the shadows it was tracking when Jay P was in the sun, and then we move to the shadow. It was still looking to focus on something within that box. So it didn’t jump to the background or try and find something else in the image to focus on. It still kept with the space and kept it in focus the whole time. Now I feel like the Nikon is actually doing better than what we experienced with any of the other cameras that we tested. I think in some ways, it’s almost superior. With a constraint that you have to be in that box, you have to be focusing in that box. I actually like this mode a lot. Because as amazing as some of the focusing systems are, like the Canons or the Sony’s new cameras, they do make mistakes. You are basically leaving the focus decision up to a really smart computer. And it doesn’t matter how smart that computer is, sometimes it won’t know what you want. And there are scenarios I’ve been in where you’re trying to shoot someone’s face. But there’s another high contrast object in the frame. And the focus keeps wanting to jump to that because it gets confused. And I love this mode because it says no, no, no, don’t focus on anything outside of this box. It’s almost like a perfect hybrid of pinpoint autofocus and face detect at the same time. So when we did our tests before, as far as tracking goes in a general mode, it doesn’t do as well as a lot of the cameras that we have worked with. But when it comes to this specialty mode, I think in some ways, it’s a superior system or at least every bit as good as what we’ve tested. I might consider these kinds of autofocus things. 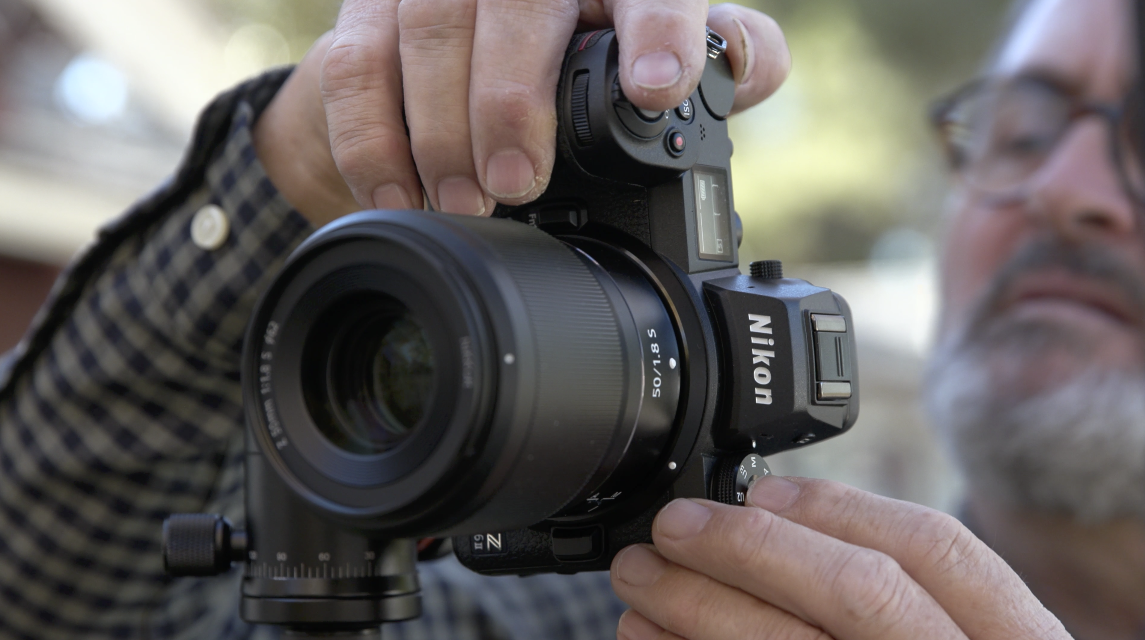 I don’t understand why manufacturers don’t just make these things extremely clear about their cameras. Stating their autofocus works best for people when you use this mode. I feel like they should be more educational in the process. But we need to be better about finding these things out. And once we did our research after all of our listeners said, “Hey, you guys figure it out.” It truly was a great system. So we hope you enjoyed this. We hope that it shows that Nikon truly does have a place and is an excellent step up for them as they go to that second generation. Make sure you subscribe to The Slanted Lens. Ring that bell and become a part of our family. And thanks again for watching and keep those cameras rollin’ and keep on clickin’.