So this is the most important test to me, and that’s the image quality test. Just how sharp is this lens. And what do each of these lenses look like. I looked at the F/1.8 and immediately as I pulled these two up I see that the F/1.8 is a little more crunchy, it’s a little more contrasty. On this next image, you just see it right off, the highlights are cleaner on that F/1.2. It gives you a nice contrast, it is not as contrasty as the F/1.8. The F/1.8 is definitely a lot more contrasty. 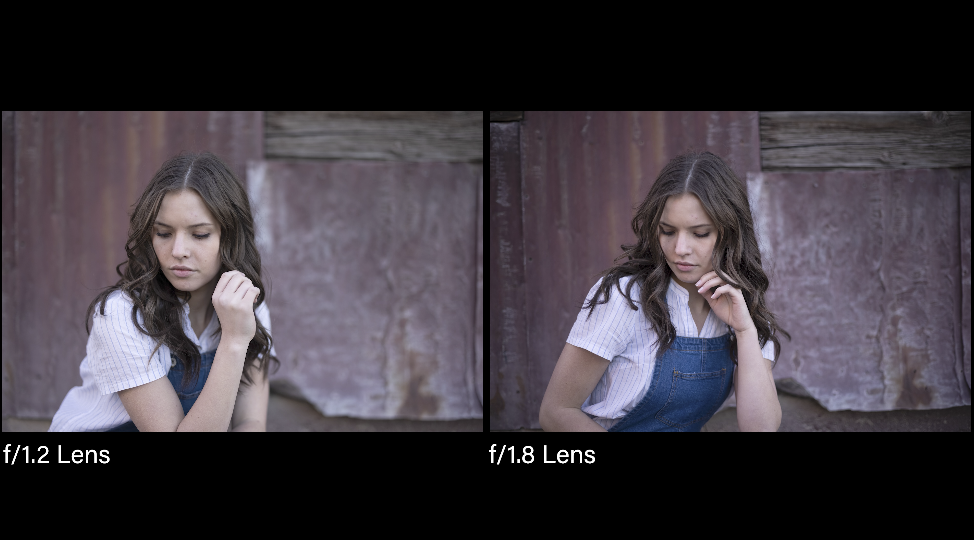 So here are the images I shot of the window frame. I’m in pretty tight. I tried to frame them up about the same distance and I just want to see the difference in focus here. And again, there’s so much clarity, it’s just very clean and clear with the F/1.2. It’s a very sharp lens. The F/1.2 gives you the right amount of contrast. The F/1.8 is trying to give you too much contrast possibly to compensate, which kind of makes it look a little sharper. But here’s where these two lenses do take a right hand turn from each other. The F/1.8 has a major advantage because if you go to a tighter shot the F/1.8 is able to focus well at 11.8 Whereas the F/1.2 is more like a foot and a third. So that’s somewhere around 15 or 16 inches. That doesn’t seem like a lot, but it’s pretty significant. You can see it here on how tight we can get with that F/1.8 and how far back we are with the F/1.2. As you move back, obviously, that’s not going to be as critical. But when it comes to getting in tight on things, that 50mm F/1.8 is probably the one of the closest focusing 50 millimeters that’s ever been made. That’s not a macro lens. And so it really does give you the ability to get in really close on things. It is a fascinating thing about sharpness because sometimes a lens can be too sharp. Hasselblad use to put a filter on their lenses to soften their lenses up a little bit so that they looked a little nicer with skin tone. So sometimes super, super sharp isn’t always the goal. But in this case, obviously that F/1.2 is definitely sharper than the F/1.8. I love bokeh. And this little store that we’re at gave us a great place to be able to shoot some bokeh. There are several things going on here that are very interesting. The F/1.2 is a little bit yellowish and the F/1.8 is a little bit reddish. In this scenario with that F/1.8 the red looks a little nicer on her face. These could both be corrected without any problem. But there’s a really good look at the difference between two thirds of stop with the F/1.2 versus the F/1.8. Look at how much larger the bokeh is on the left.The bokeh blooms, it’s a larger size. And it falls way more out of focus and gives you a much prettier kind of bokeh. Whereas the one on the right, the F/1.8 is okay. But it doesn’t give you that really big beautiful bokeh like you’re getting with the F/1.2. So that’s a matter of apertures. So that is something to consider. What’s interesting though, is both these lenses suffer a little bit from that kind of football bokeh out towards the edge. The bokeh is a little more rounded in the middle, then you get that kind of cat eye or football shape out towards the edge. They both have that problem. I don’t think the F/1.2 has it worse than the F/1.8 but they both certainly have it.That depends on whether you like the bokeh like that or not, or care about it or not. I think sometimes it’s just a way overblown issue. I don’t think it’s a big deal. You know, as long as the bokeh is beautiful and has a nice transition and I think each of these do. But I do love that 2/3s of a stop that you gain. So there’s a difference on how round and how beautiful that bokeh is going to look. Let’s take a look at one other image that is a little tighter. What is beautiful about this is I get her eye in focus with that F/1.2. But her second eye is way out of focus. On the F/1.8, I get the front eye in focus and that back eye is falling out of focus, but not as much as the F/1.8. So that 2/3s of a stop also gives you more depth of field. That is something to consider as well. But when it comes to Bokeh, I think that F/1.2 is pretty amazing. Let’s take a look at these two images when you focus on infinity. I’m really getting edge to edge sharpness. When you look at this from side to side they are very clean and very sharp. Both of these are giving us nice and clean focus from side to side. This is so important when you’re doing any kind of stars or Astro photography, or anything where you want to focus out at infinity. Immediately you can see on the screen here is that you have a tremendous vignetting going on with that F/1.8. Whereas you don’t have that vignetting, maybe a tiny bit, with the F/1.2. But not nearly as much as with the F/1.8. The F/1.2 is giving you consistent shadows and detail in the sky and in the mountain.

Whereas the F/1.8 is giving a little bit of vignetting in the corners. And that detail falls off on the sides as far as the shadow detail starts to clog up on the sides. But there’s a look at those two when it comes to focus on infinity. 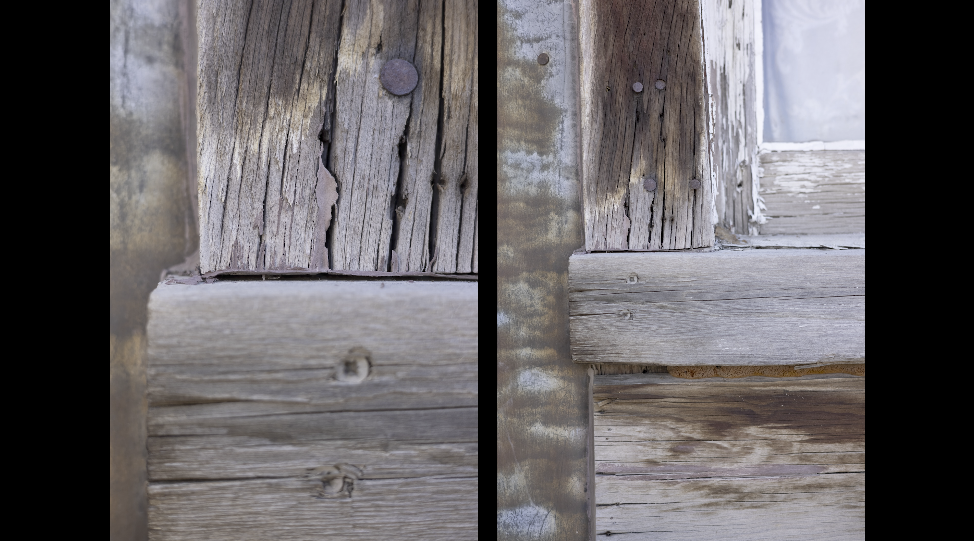 So let me wrap this up. This little 50mm F/1.8 for $200 is a screaming deal. It gives you a close focus distance of 11.8 inches. It’s lightweight so it goes on a mirrorless camera which makes it very simple to carry with you when you go backpacking or to carry it with you in any kind of situation where you are concerned about weight. Which of these lenses would I buy? That’s an easy decision for me. I go for quality and sharpness overall, so I would definitely buy the F/1.2 over the F/1.8 for those two reasons, sharpness, and that bokeh fall off with the F/1.2. That’s important to me.

If I’m going to get a fixed focal length lens then I want it to have a very shallow depth of field. The F/1.2 is a fabulous lens. I hope you learned a few things in this comparison between these two 50 millimeter lenses. You know price is a big factor but quality is too so in some ways it may come down to a very tough decision. So keep those cameras rollin’ and keep on clickin’.