Hi, this is Jay P. Morgan. Today on The Slanted Lens I’m going to talk about my favorite black and white film to shoot and that is Tri-X, Tri-X 400 ISO film. You know, back in the day when you’re shooting film and you shot mostly 100 ISO film because you really wanted fine grain, you wanted clean images and fine grain. But in a low light situation you’d go to Tri-X because it was two stops, it gives you two stops more light than a 100 ISO film. 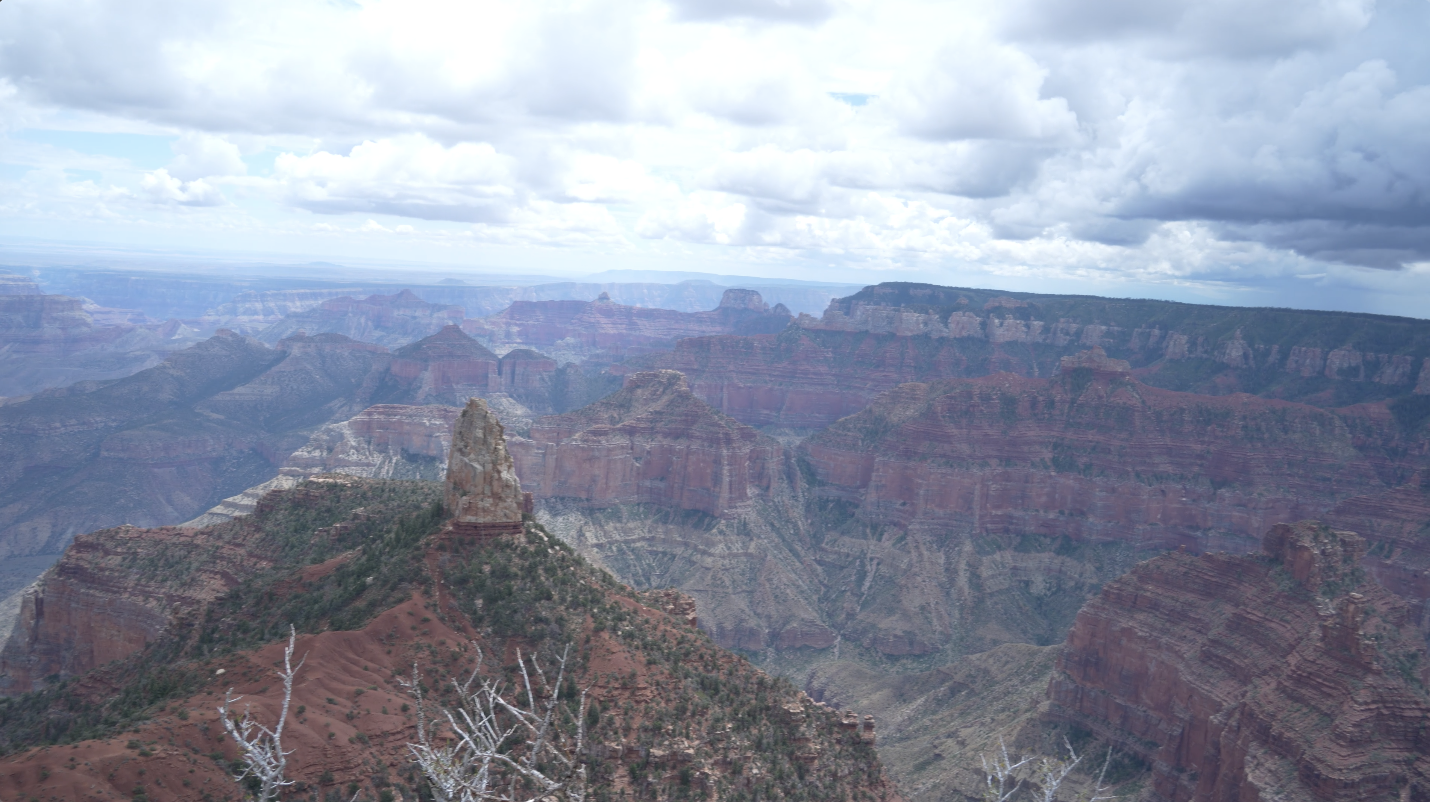 So we’re shooting here at the Grand Canyon. This is the Grand Canyon behind me. We’re on the North Rim of the Grand Canyon, which I think is a gorgeous place to be. We’re also going to be over in Vermillion Cliffs. We’d hope to see some Condors but so far no Condors. But we’ve seen some beautiful areas. The rain keeps coming through and it leaves great weather behind, you know. So we’re kind of shooting in between rainstorms. Just a great time to work here. So we’re going to look at images from Vermillion Cliffs. We’re going to look at Lee’s Ferry. We’ll be here at the North Rim of the Grand Canyon as we just shoot. Even though I’m exposing Tri-X at 1600 I’m actually shooting at 800. 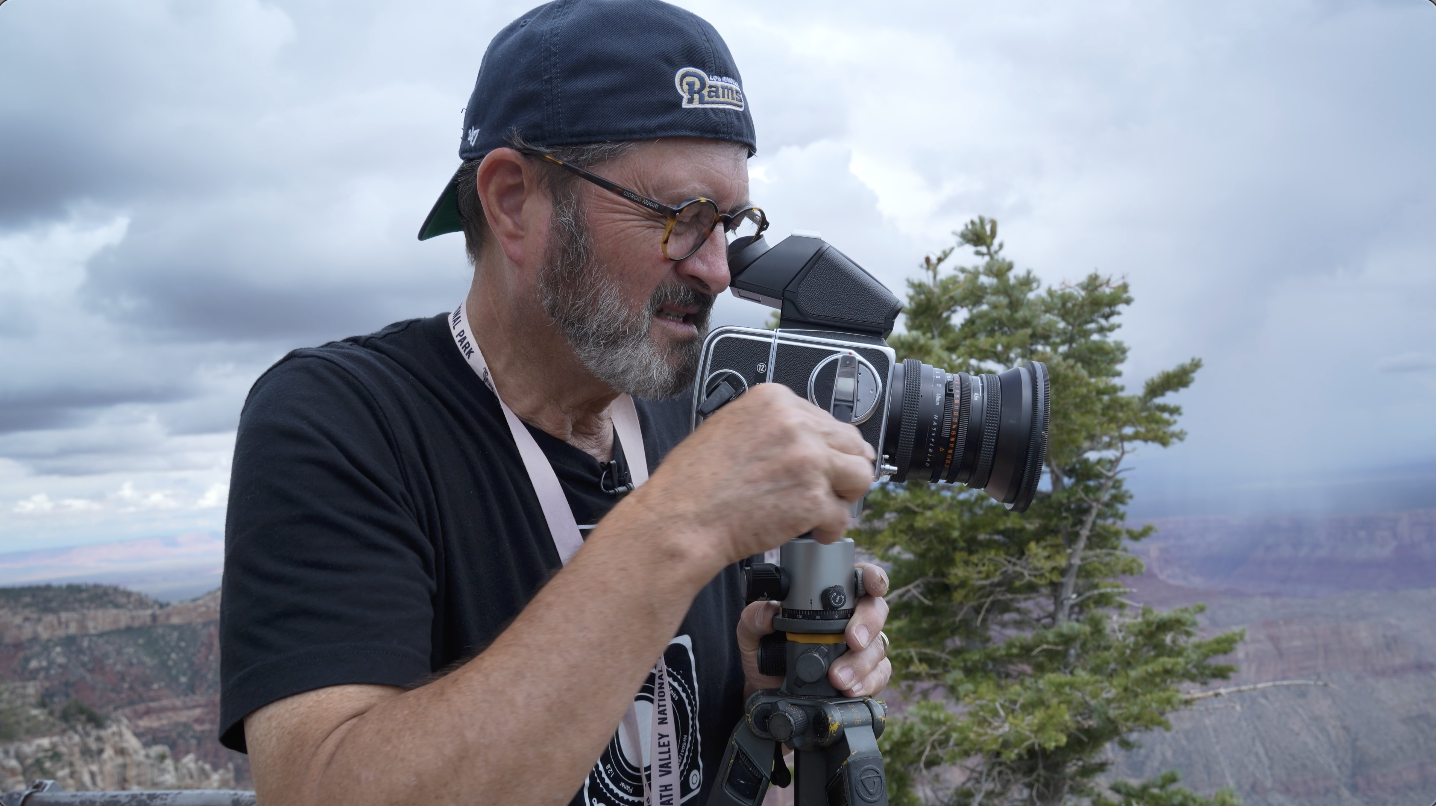 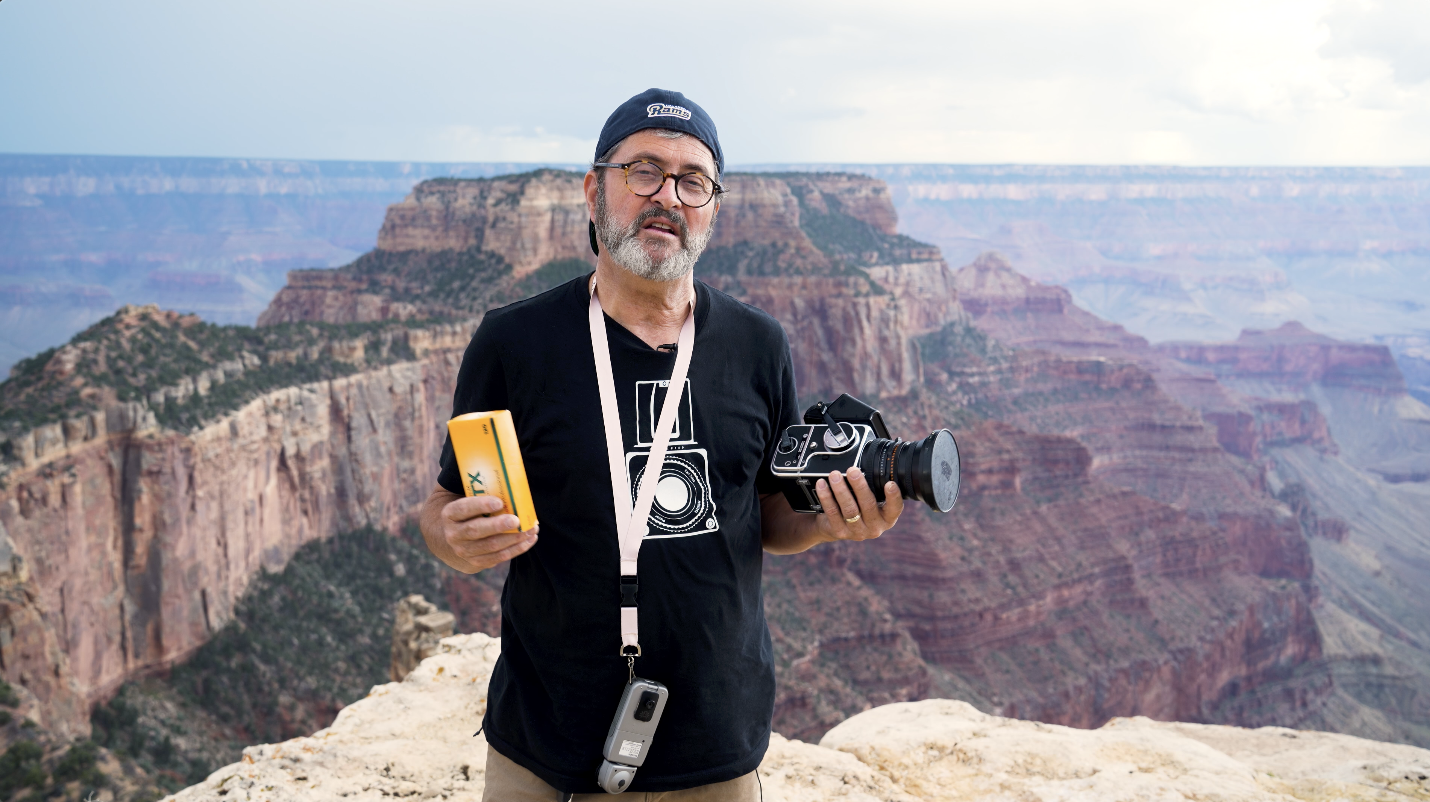 I get great contrast because I’m building the contrast as I process it. So even though I’m in a very kind of soft, low light situation, it gives me a beautiful, just beautiful contrast and beautiful grain. And it just feels soft and wonderful. Do I shoot it in direct sunlight? Not very often.

It’s just not a good look for Tri-X. It’s already, especially if you’re pushing to 1600 ISO it’s too much exposure. So I want to bring it into a situation where it’s like end of the day.

Here’s what I did in Death Valley at the sand at the end of the day. Just see that grain and you see the contrast build. There was hardly any light going on here at all. But I can do that long exposure and it just gives me beautiful highlight, beautiful shadow and that really wonderful grain.

So I’m using Tri-X film in this situation and the reason I am is because if you look out here it is very flat. There’s the highlights to the Shadows. I mean the clouds are very bright but all the mountains inside the valley are extremely flat. It’s not a great time to shoot but if I take Tri-X, it’s a 400 speed film, it’s a print film, if I shoot it at 1600 ISO that’s two stops. 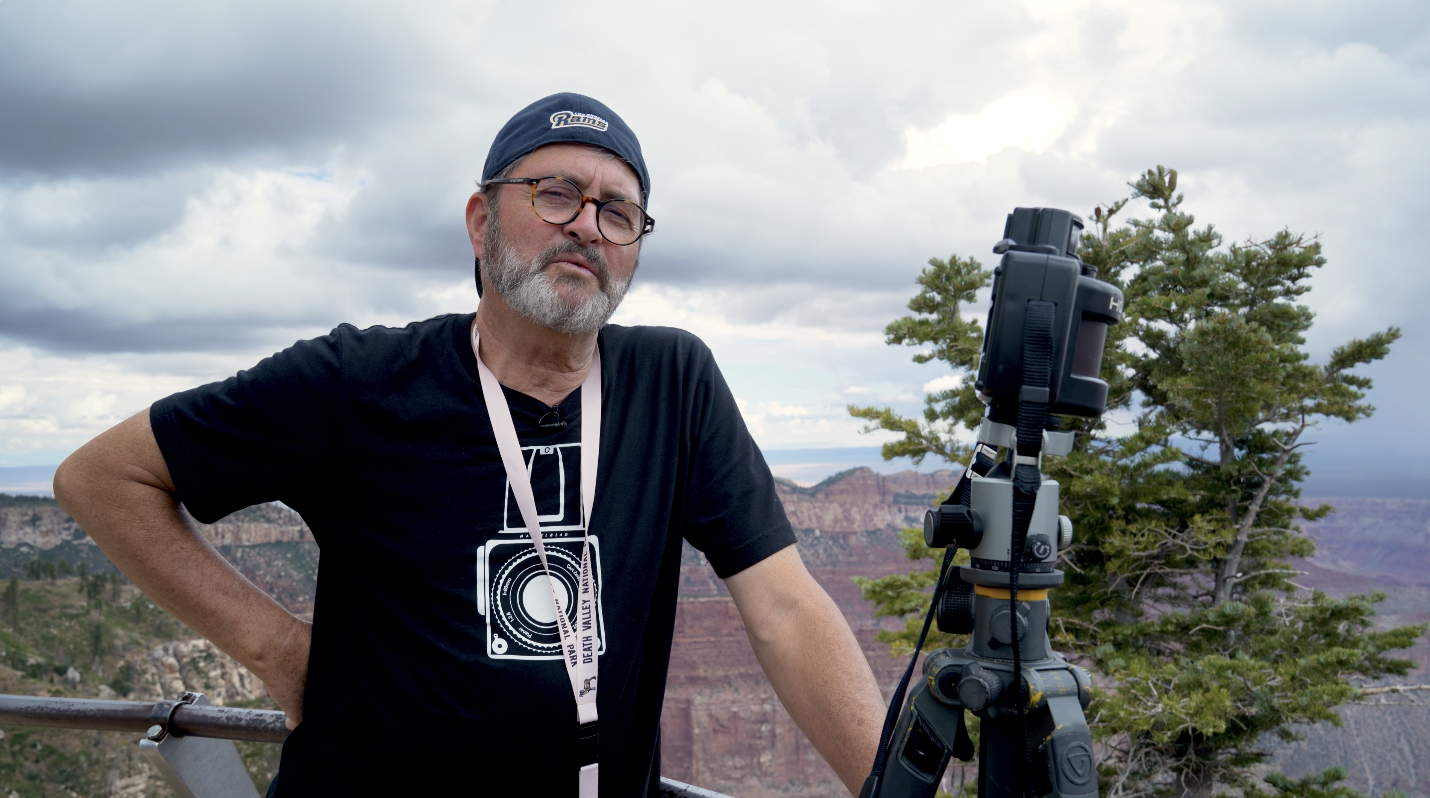 And push it two stops it’s going to build contrast. It’s going to give me contrast that wasn’t there before. And I just love the look of the grain because the grain builds.

As that grain builds it just gives it a really artistic look. It’s going to be a piece I could make that’ll just look great hanging on the wall. But it’s a great time to shoot Tri-X because it is just so flat in here. 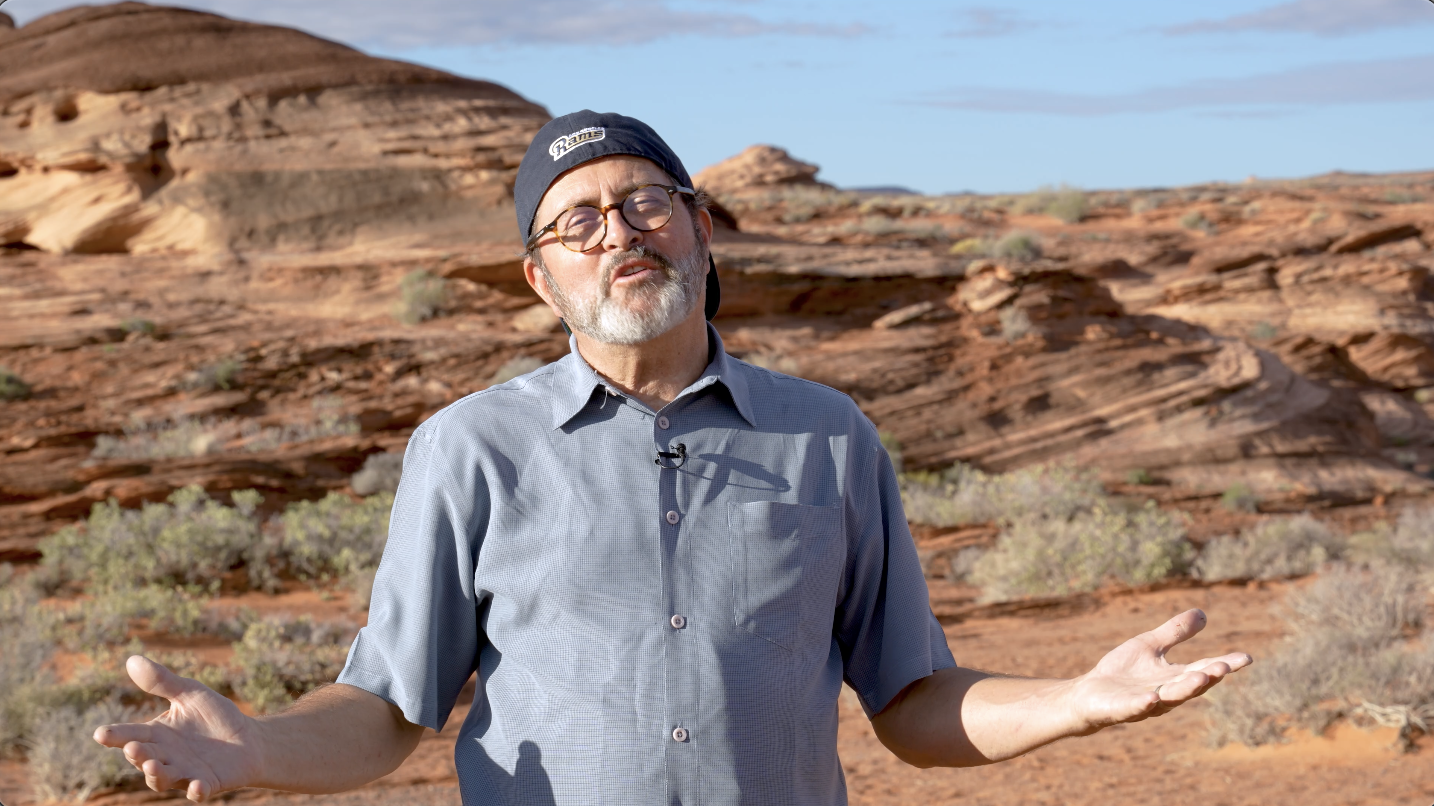 All right, so we’re here at Horseshoe Bend. We got here super early and then about 300 of our closest friends showed up. It’s pretty amazing how popular this place is. But it’s absolutely gorgeous. 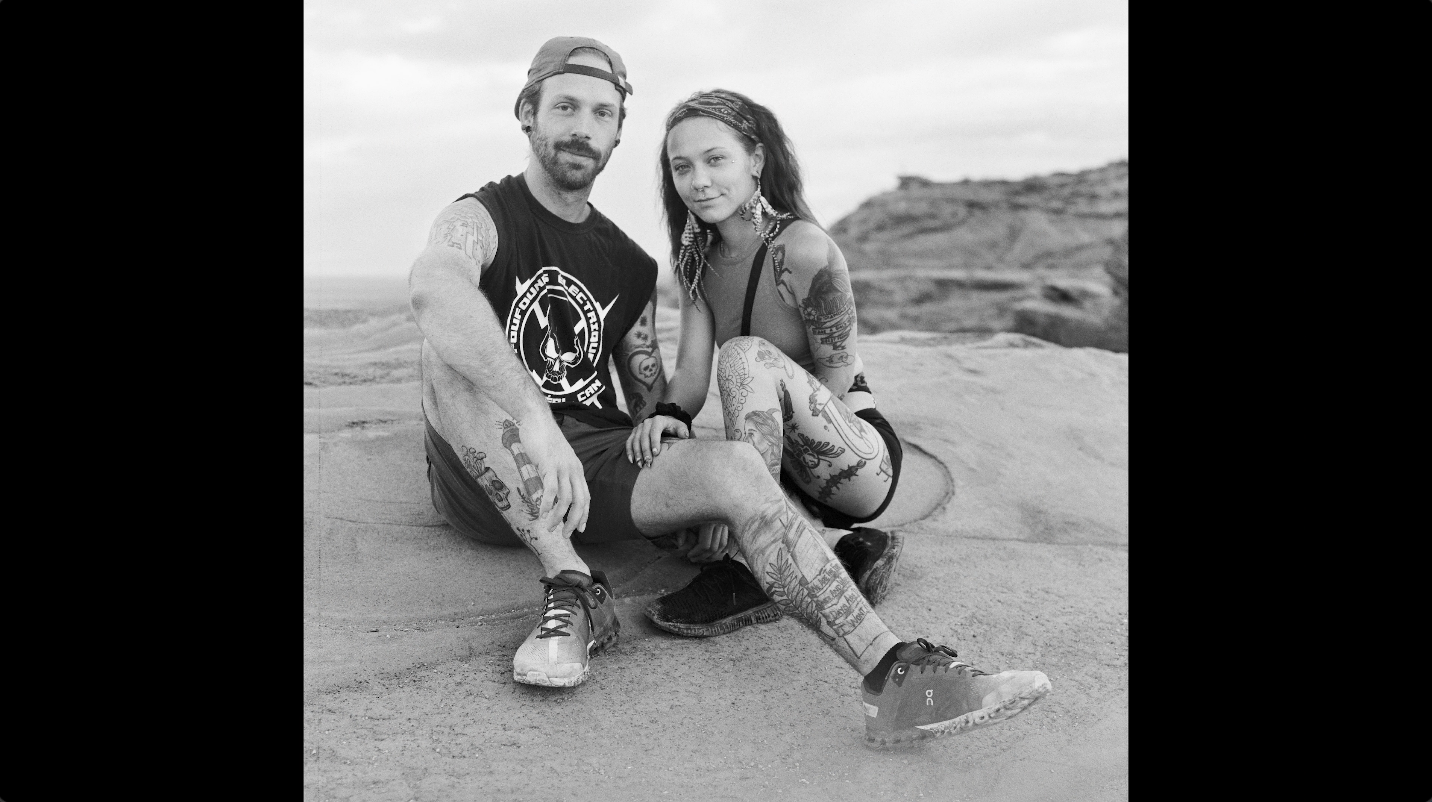 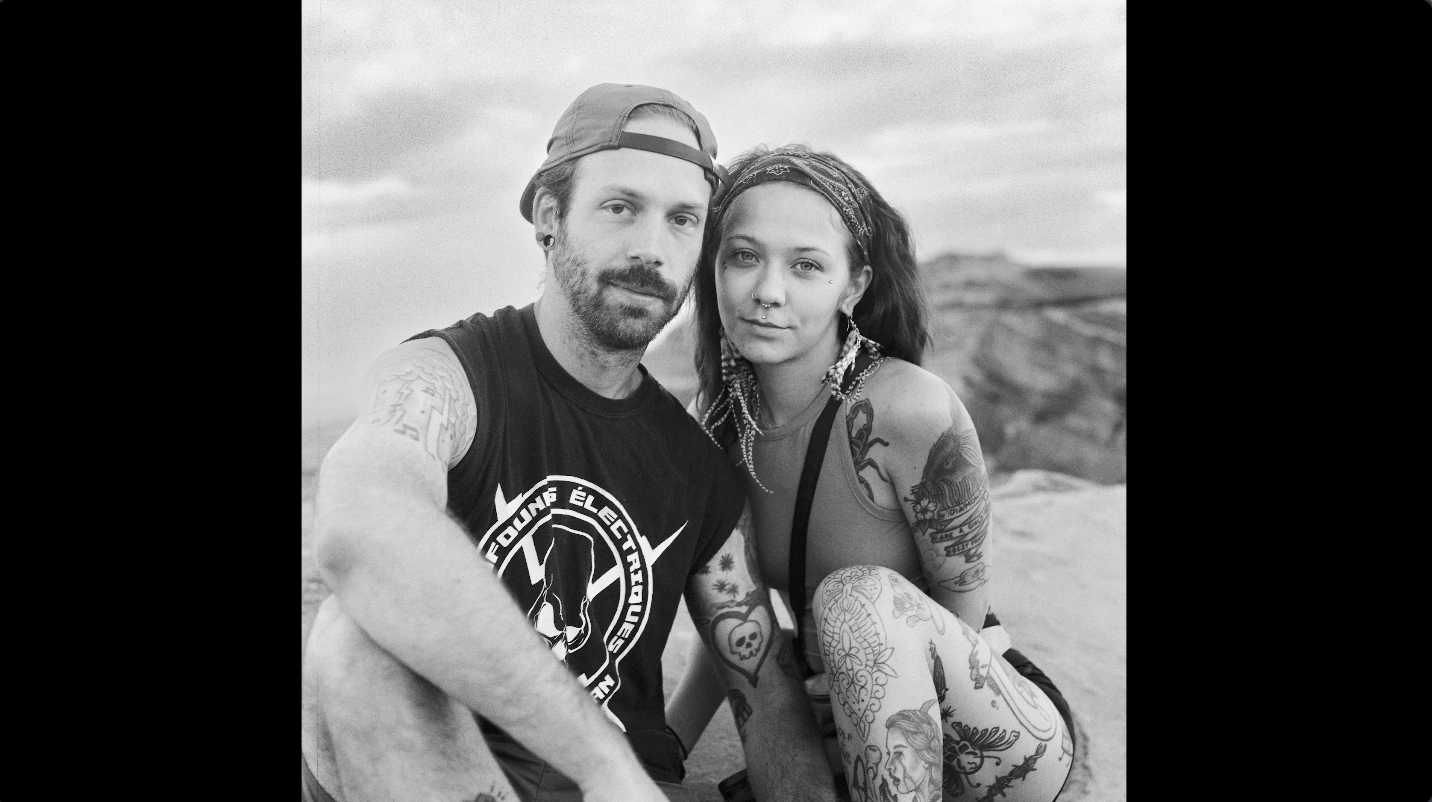 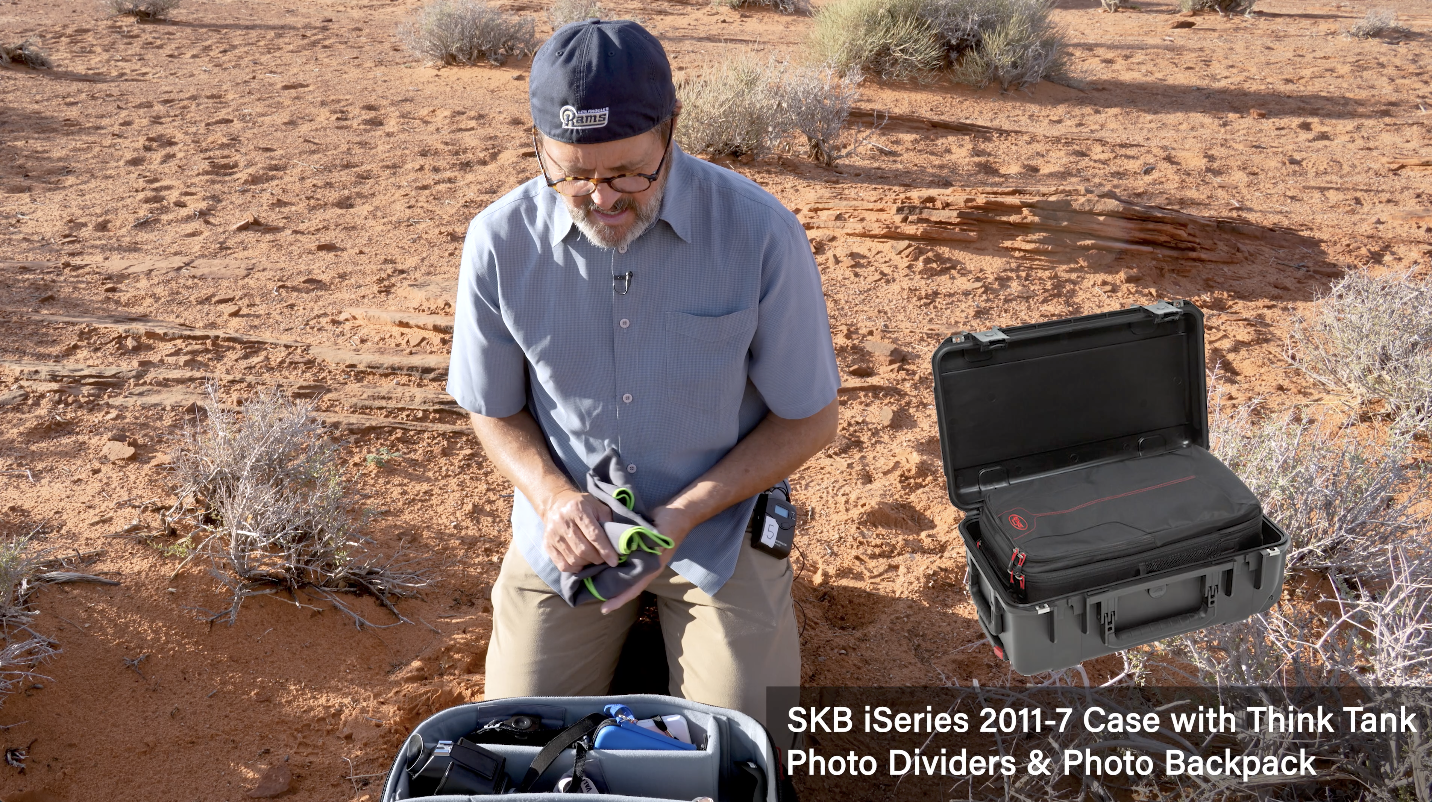 So this is what I’m carrying in my SKB case. I’ve got my microfiber towel. I’ve got my Hasselblad with an 80 millimeter lens. One film back, I’m only carrying one film back because I’m just doing black and white. 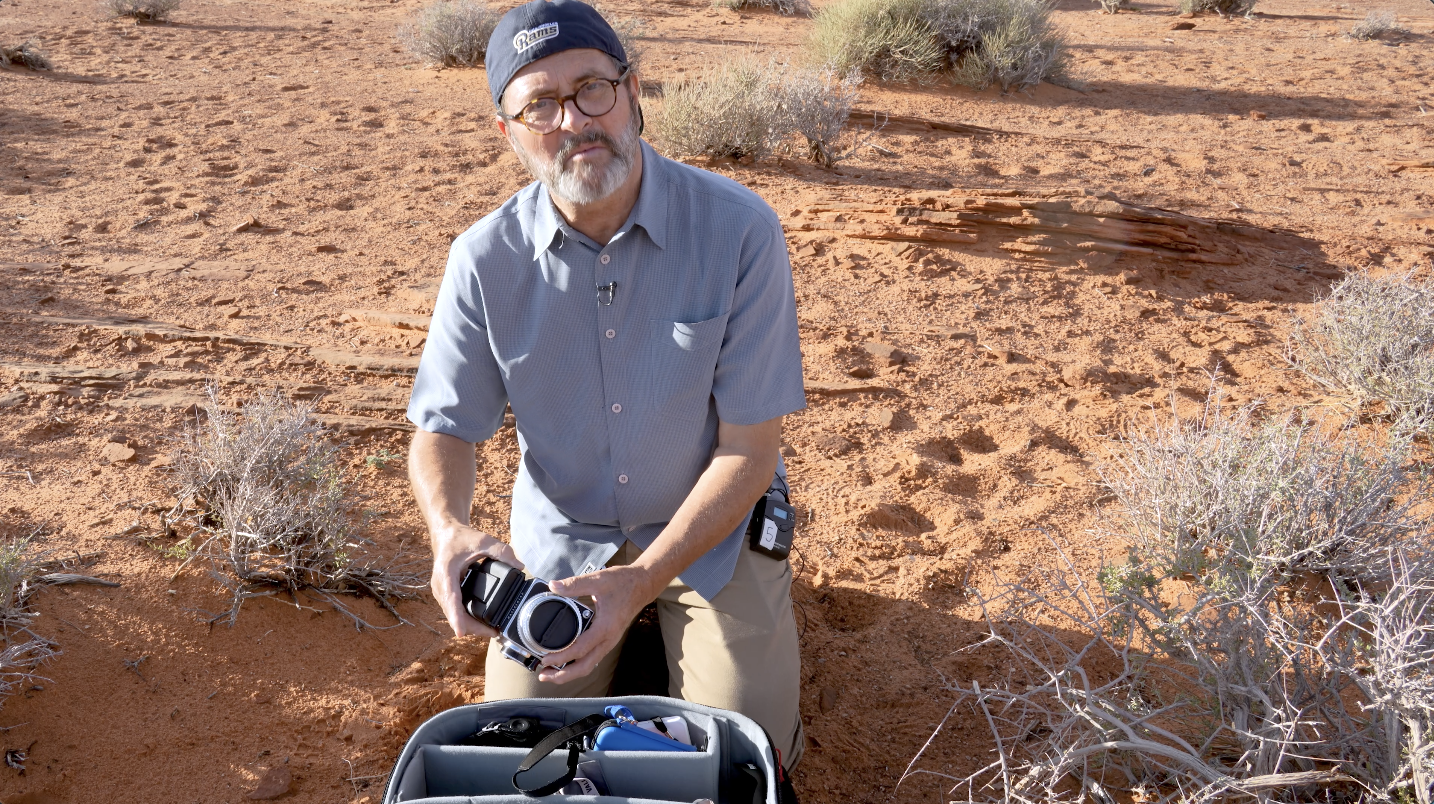 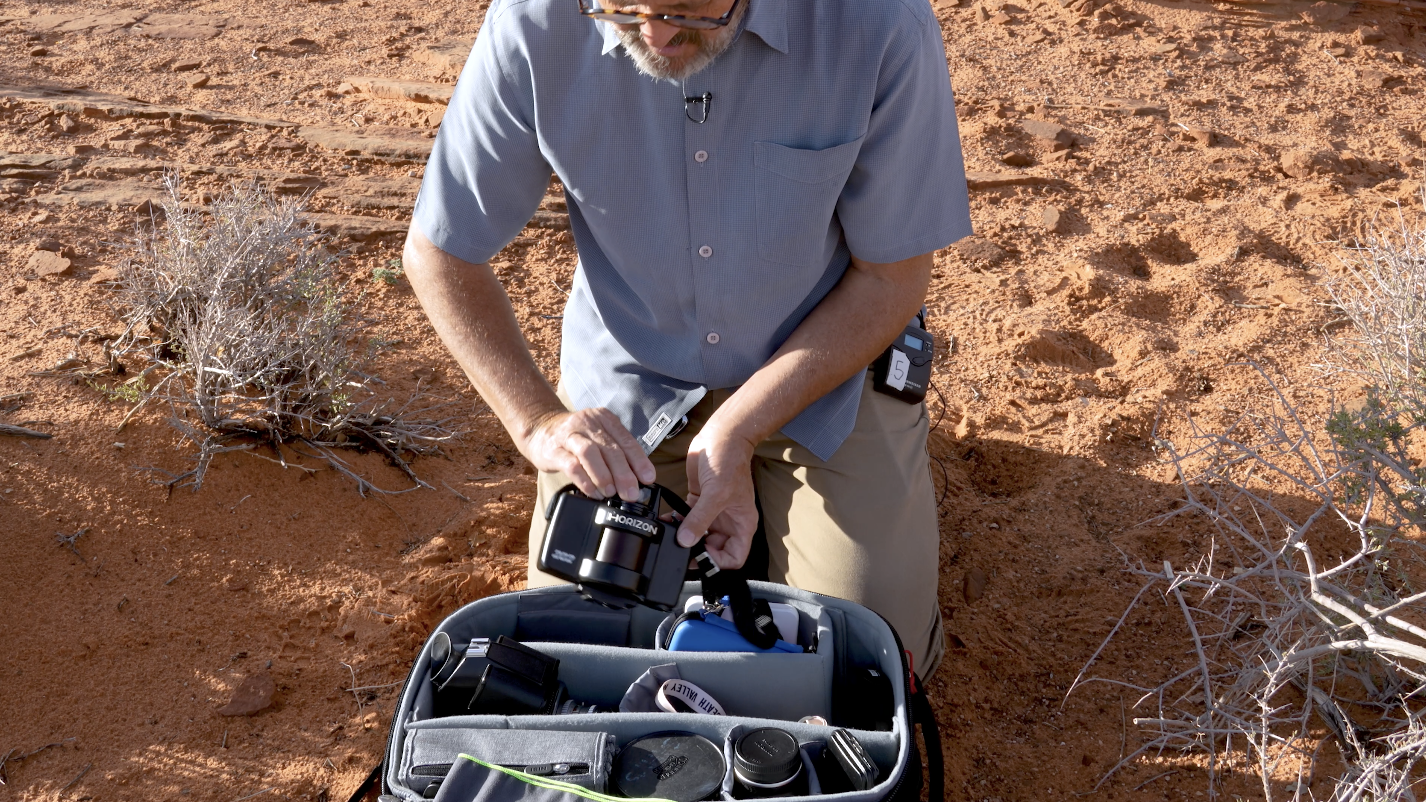 I’ve got batteries for the Sony. I’m carrying my light meter. And then my camera is sitting off over to the side there. But I’ve got, I carry the a7r III and on that I’ve got the Tamron 17-28mm. And then of course, my filter kit from Nisi. I’m going to have my grad filters and polarizer for shooting landscape. 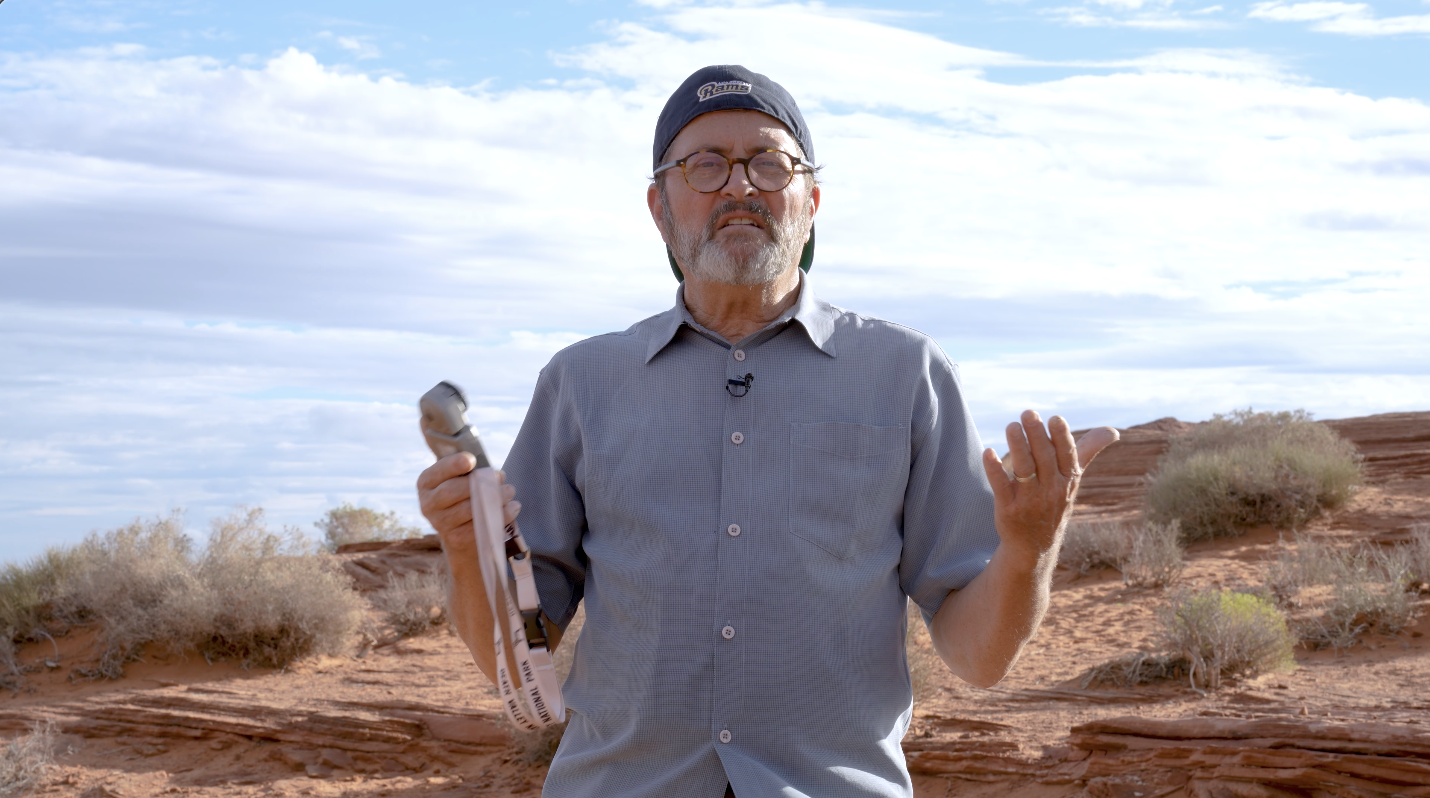 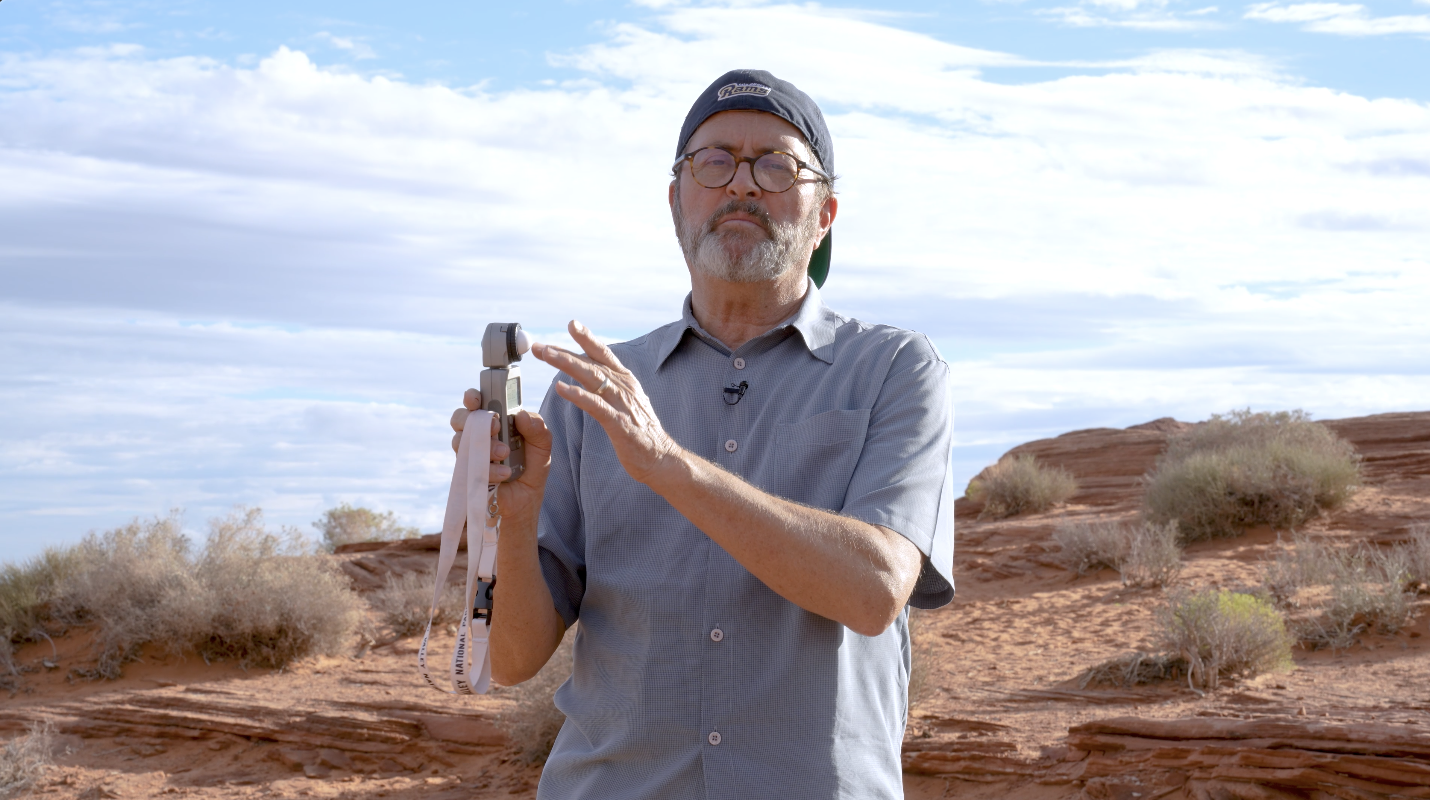 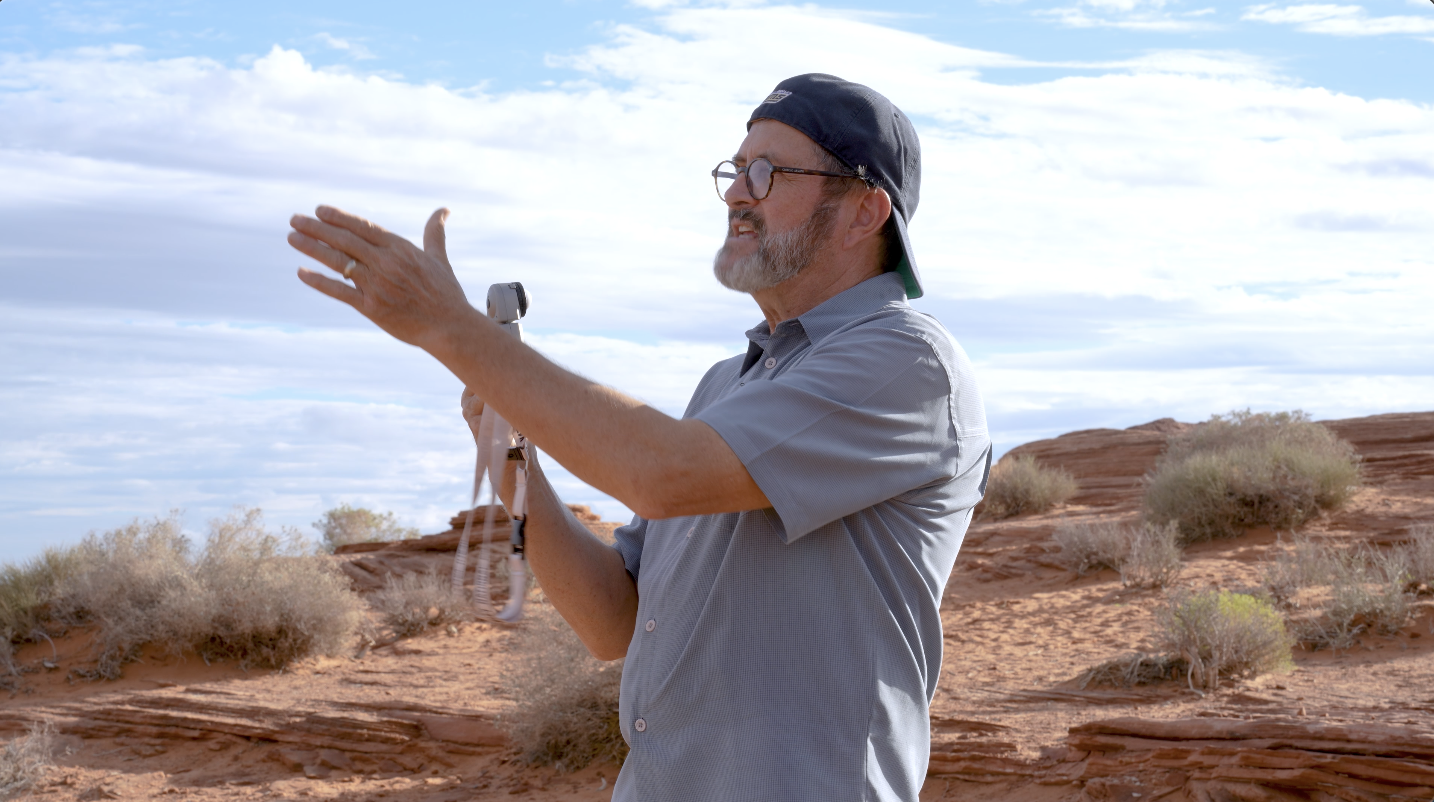 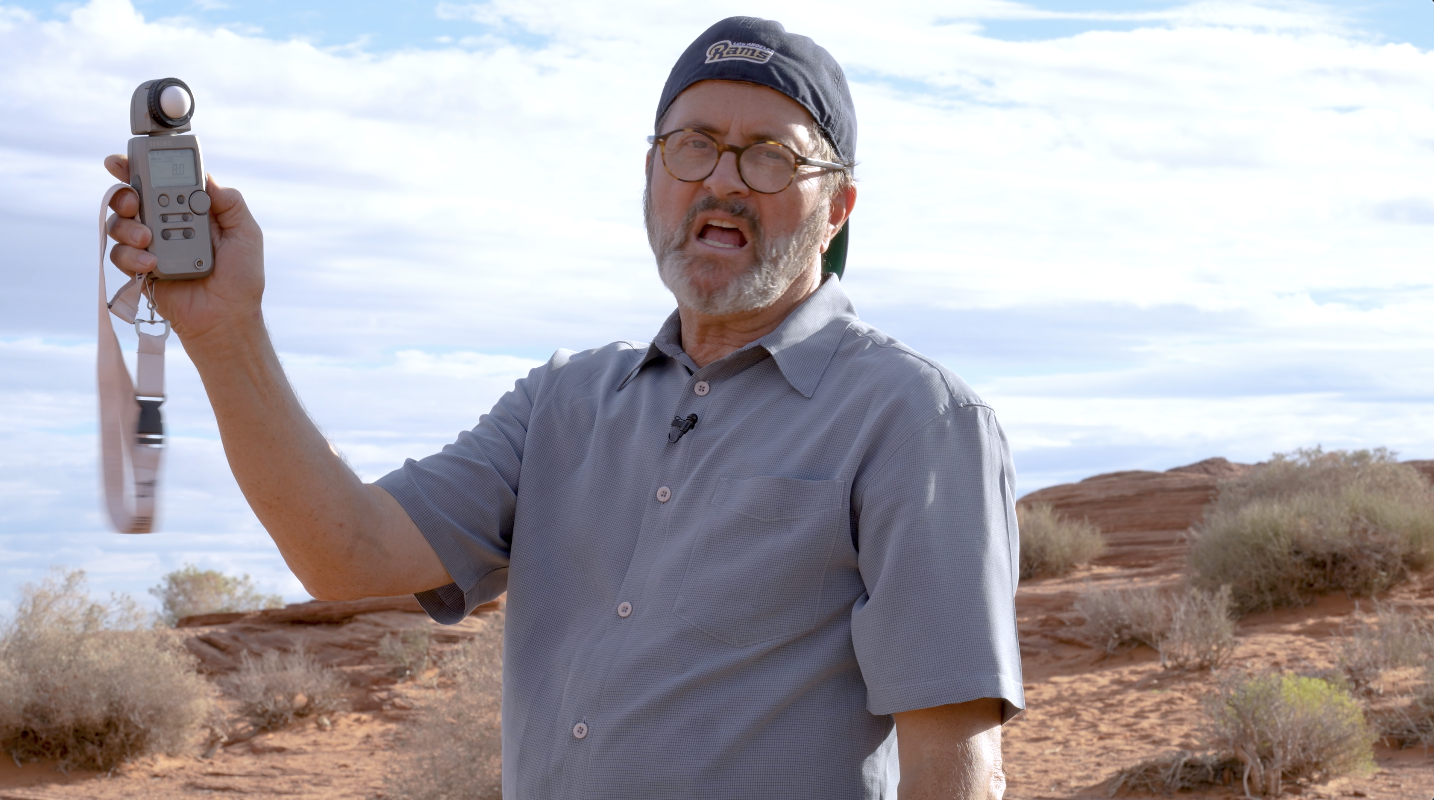 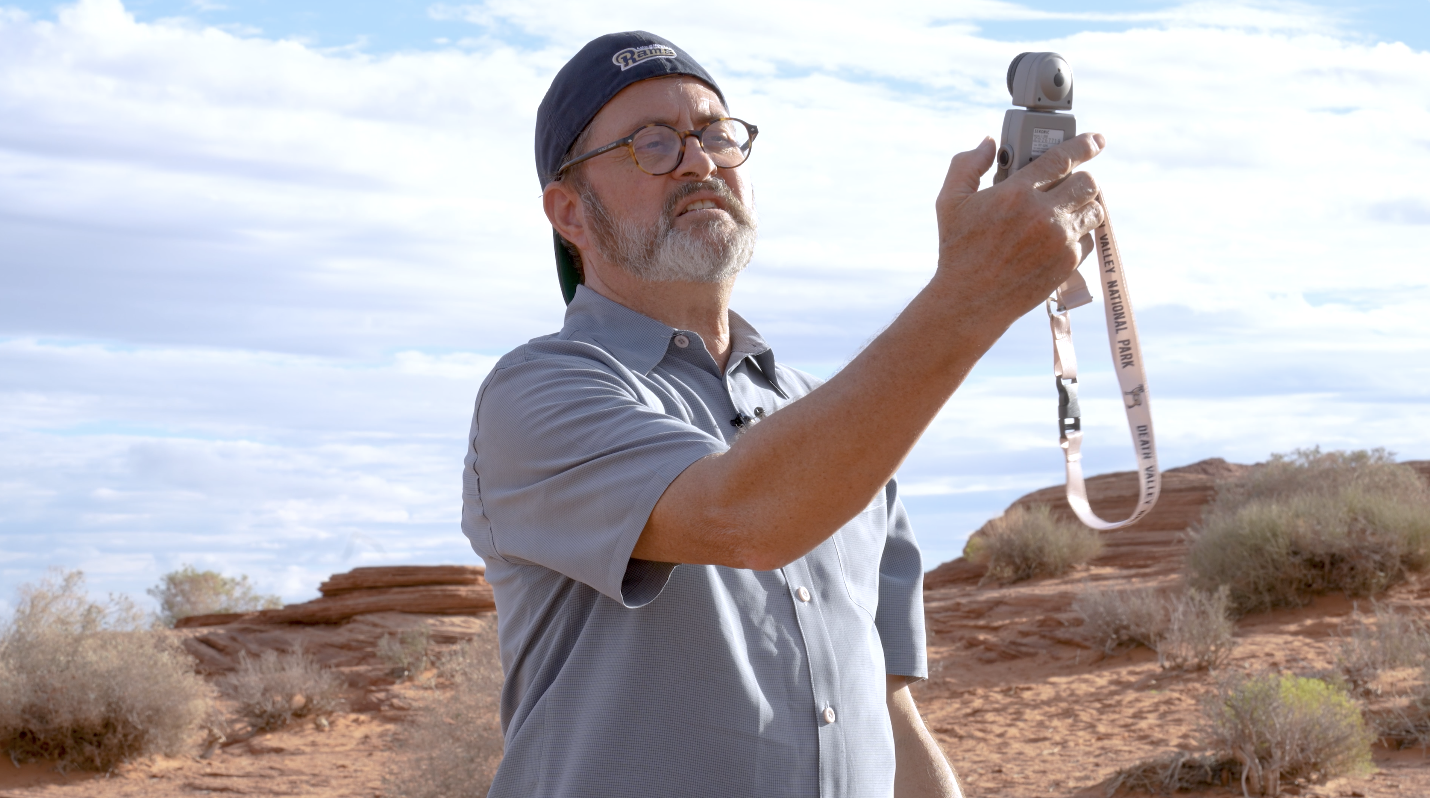 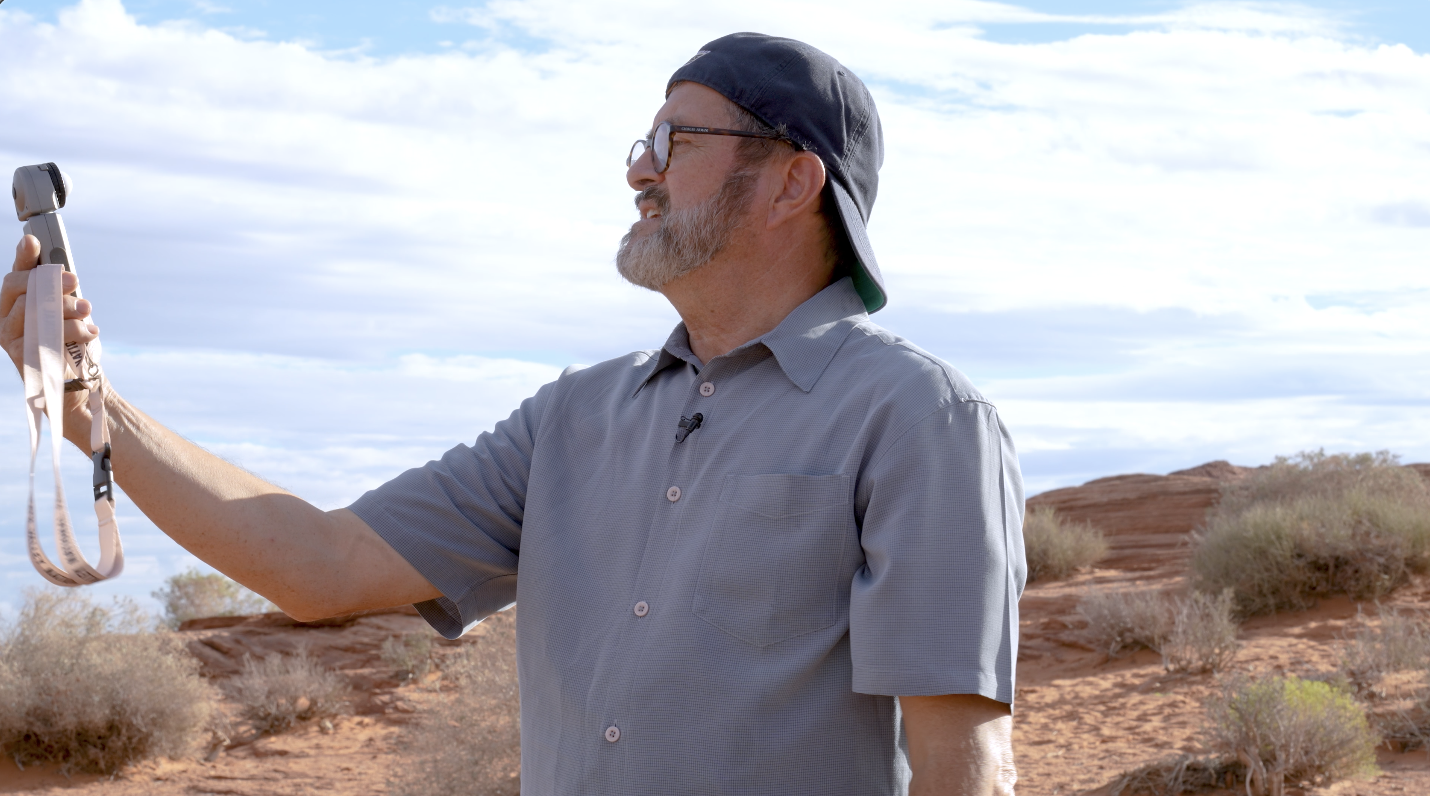 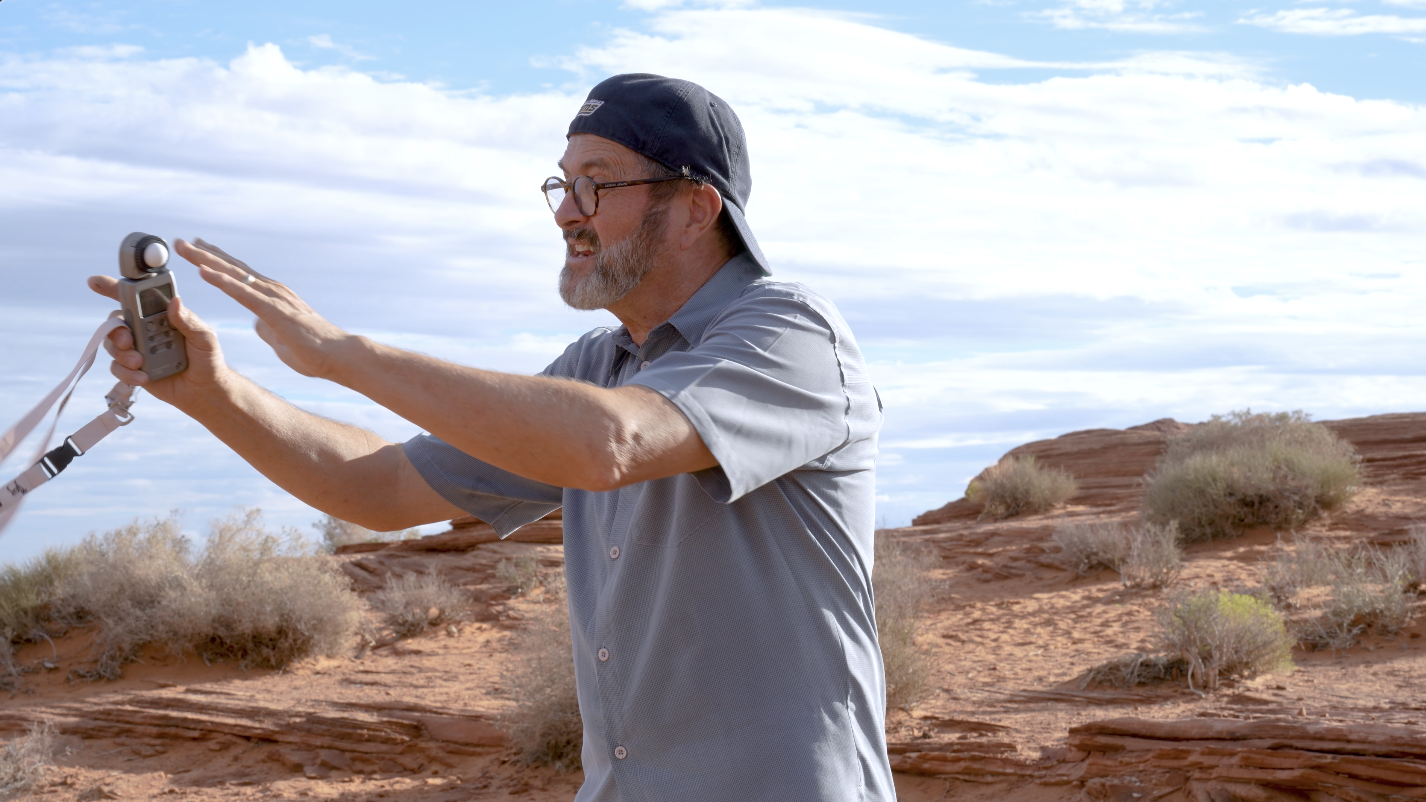 If I look this way, half of it is in shadow because the sun is coming in from the left. And so it changes the dynamic of the scene. I have used this method my entire life. It works perfectly. And after all, you’re shooting print film that has a lot of latitude. But just know that you aim this the same direction that your lens is looking and it takes a meter reading of the light that is falling onto the scene.

So here’s some shots I did at the beach in a little more direct sun.

You can kind of see the difference in that direct sun. 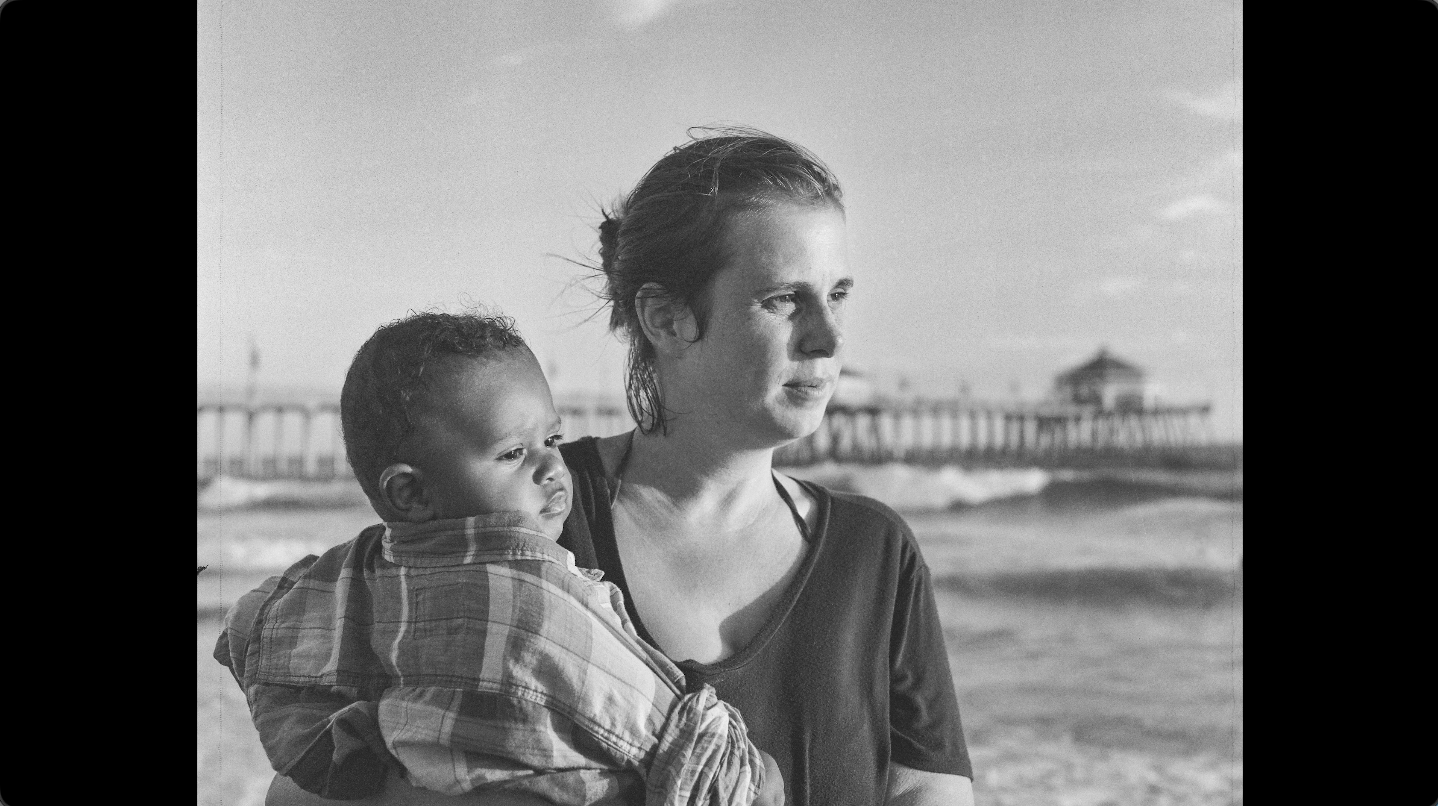 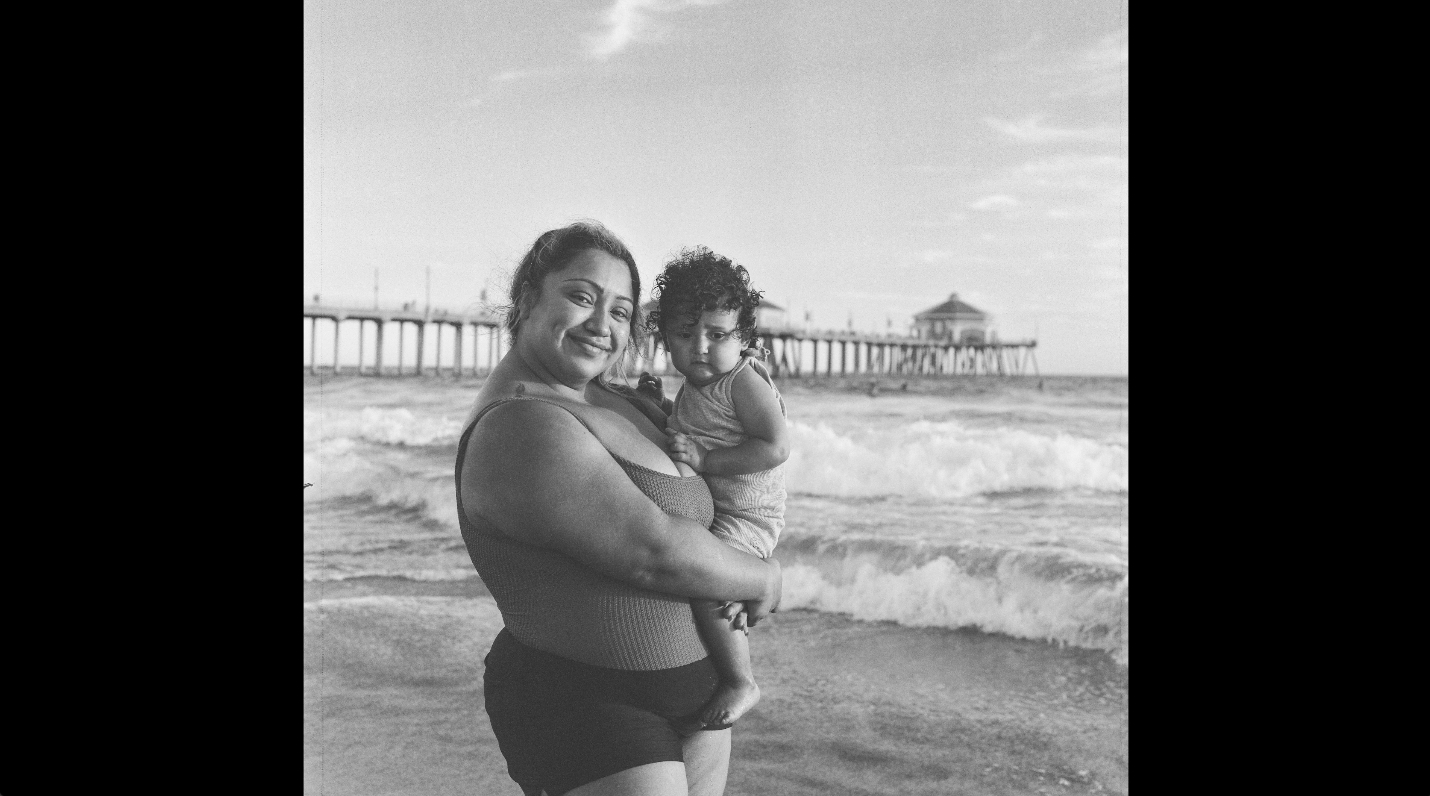 Then it gives you the grain and just that beautiful black and white look. So I shot with a Hasselblad. That was a lot of fun. 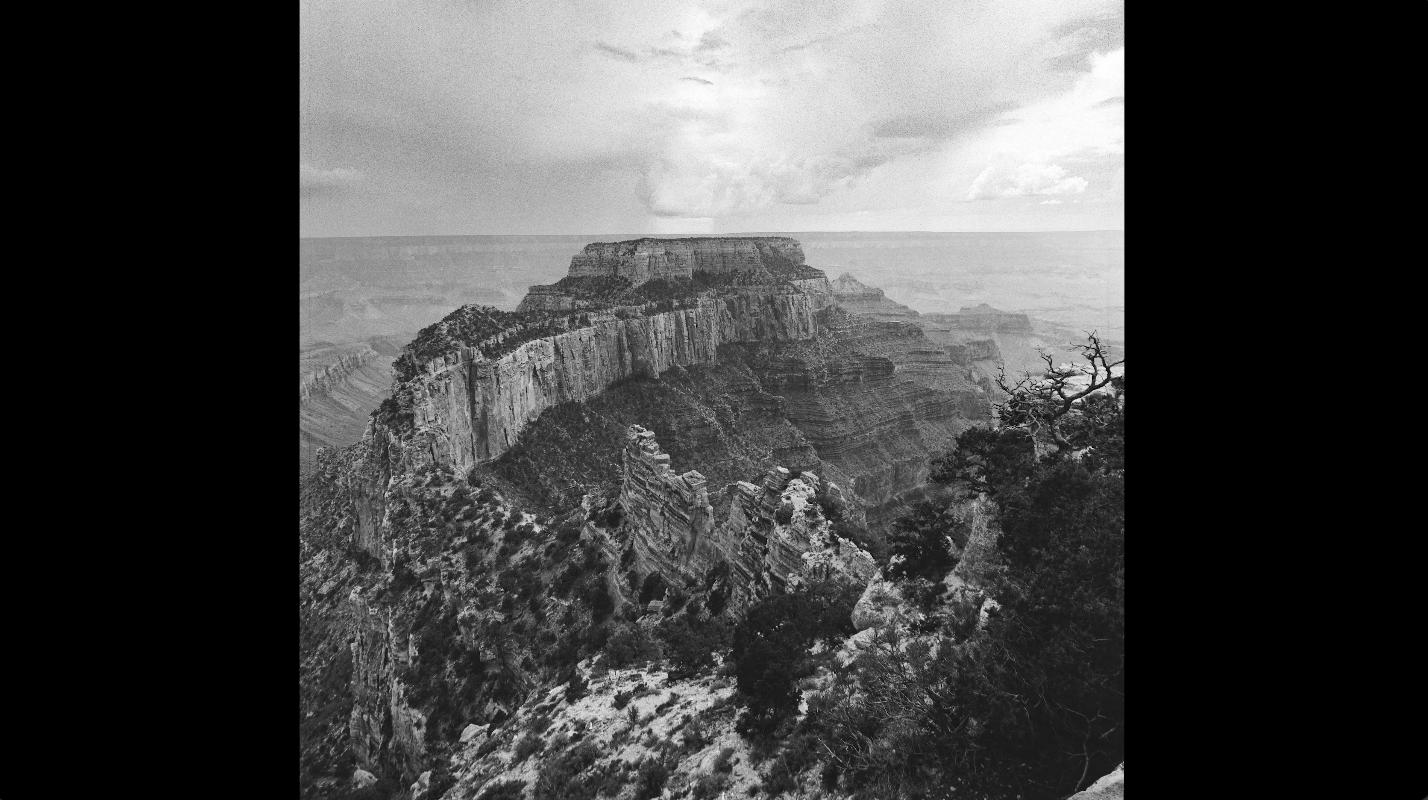 So to wrap this up, it’s a very simple equation for me. I shoot Tri-X 400 because I like the contrast, because I’m shooting it in low light situations. I love the blacks. It gives you a nice deep black.

It just gives me a beautiful artistic look with that grain and the contrast sitting in that low light situation. 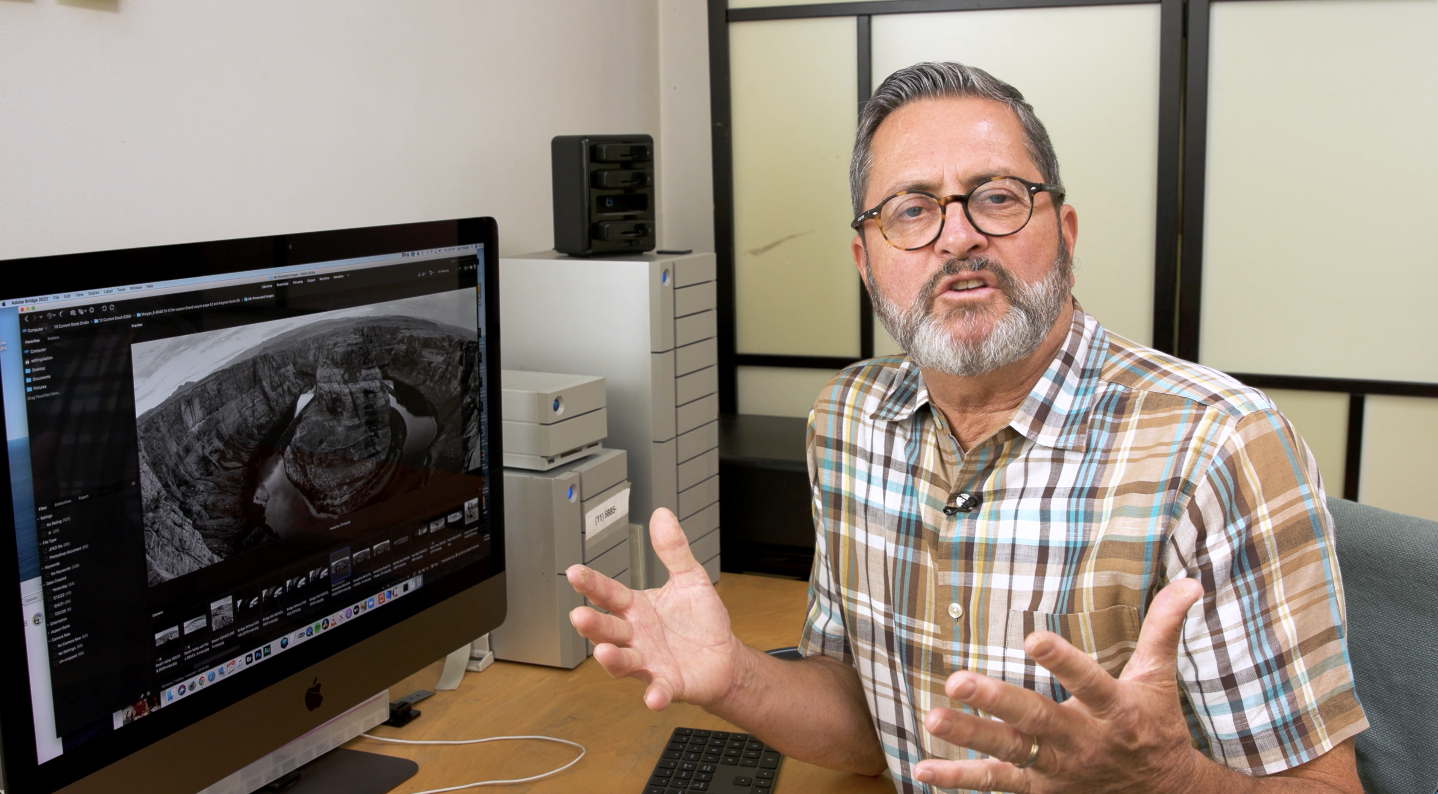 So we’re back in the studio and I want to do a little kind of wrap up of the wrap up. I’m able to look at the images now that we shot of the Tri-X. This is the Tri-X that we exposed at 800 and we pushed it 2 stops. So this just gives you a really good idea of what the images look like.

So this is the first one. We’re in Horseshoe Bay or Horseshoe Bend. Horseshoe Bend in the evening. We came and this is what we saw. We saw this. Just, it’s lit from behind. It is flat. It is really, really not very interesting. I mean, there’s stuff there but it’s really important that if you’re going to shoot Tri-X it doesn’t mean you don’t want any contrast. Because this is a way too flat of a situation.

We came back the next morning and now the sun is coming off from my left and up. And so it’s creating shadows. You see the shadow in the crack of this mountain here. We’re seeing shadows on the rock. They’re not really heavy shadows. We’re shooting very early in the morning so those shadows are very subtle. But they’re there. 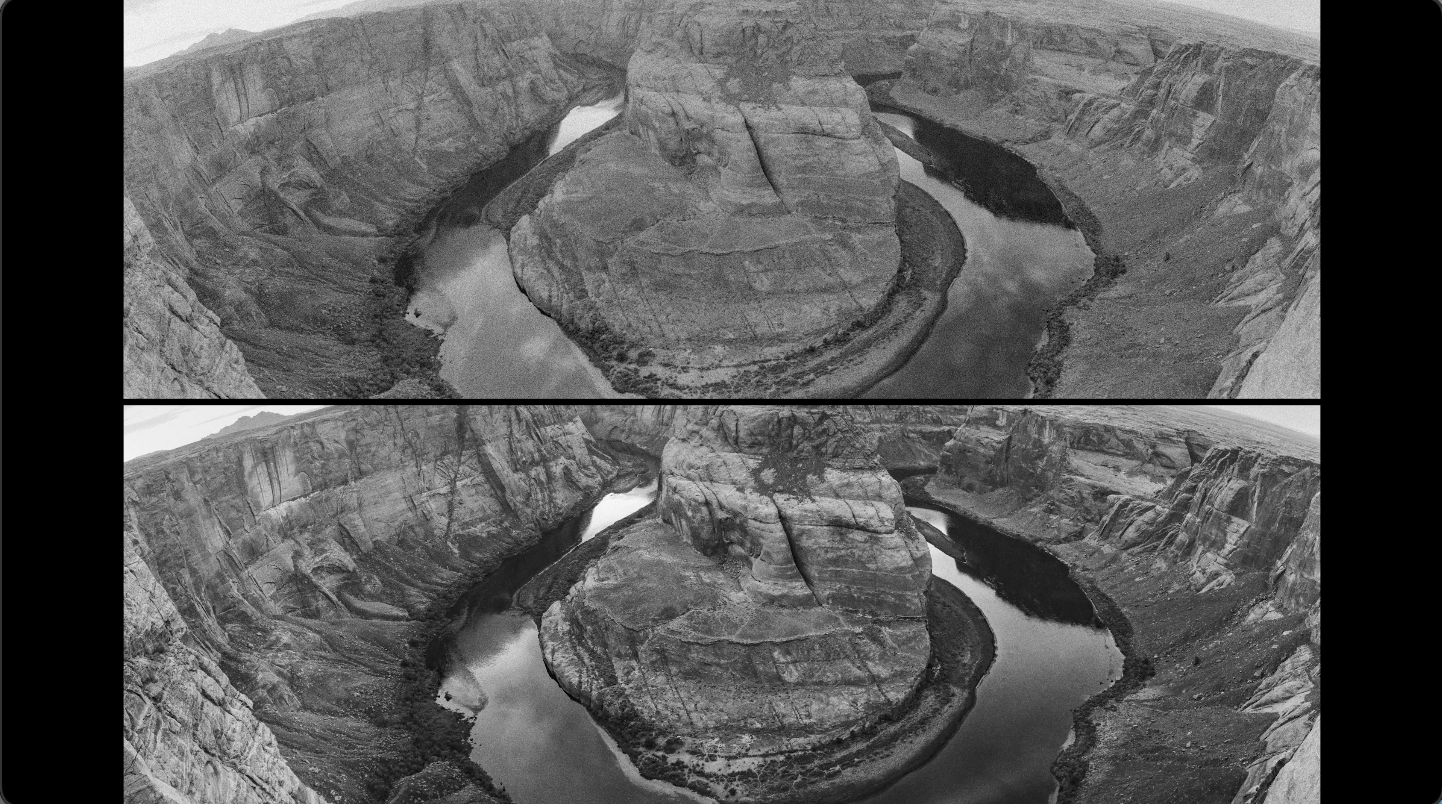 I mean, look at the difference you get between no shadows and just a little bit of shadow from the side. And that Tri-X 400 just builds the contrast and gives you a beautiful image. So you really want to shoot in very low light situations but not without shadows. It’s really important to understand that you need to have shadows. 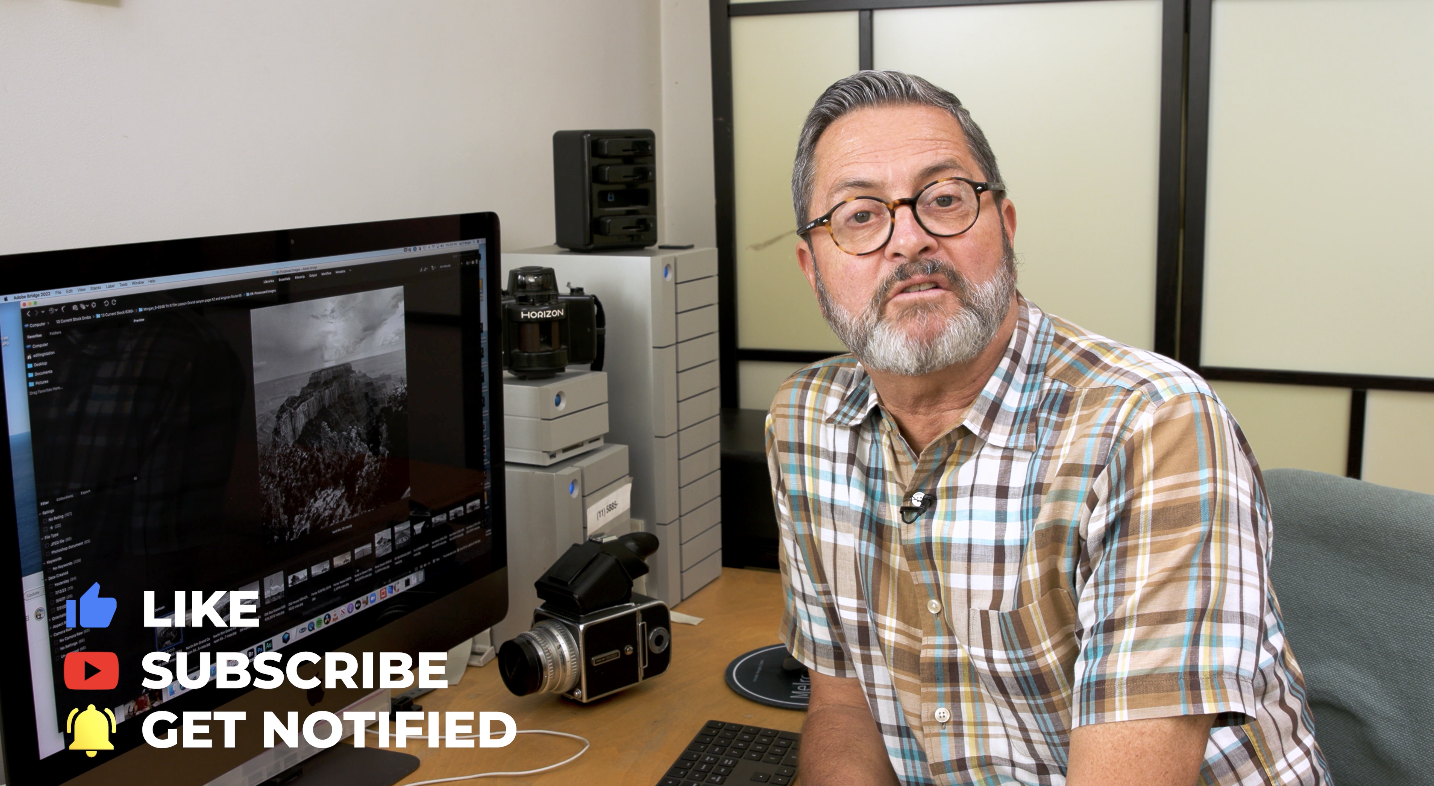 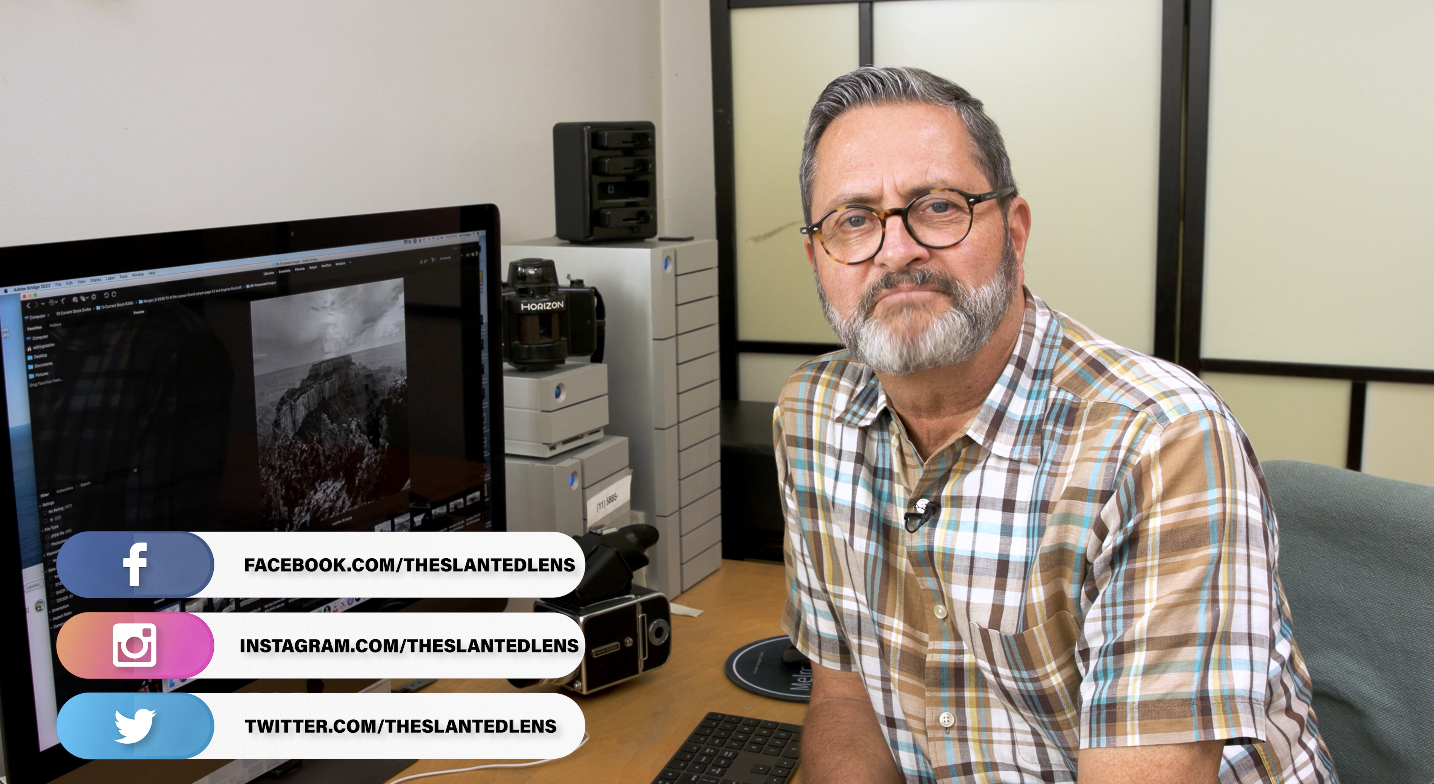 Look for our next lesson. I’m going to talk in depth about metering and show examples of how metering changes the look of the images. And how to get control of the images through the metering process. So look, that lesson is coming up, “How to meter black and white film”. So keep those cameras rollin’ keep on clickin’. 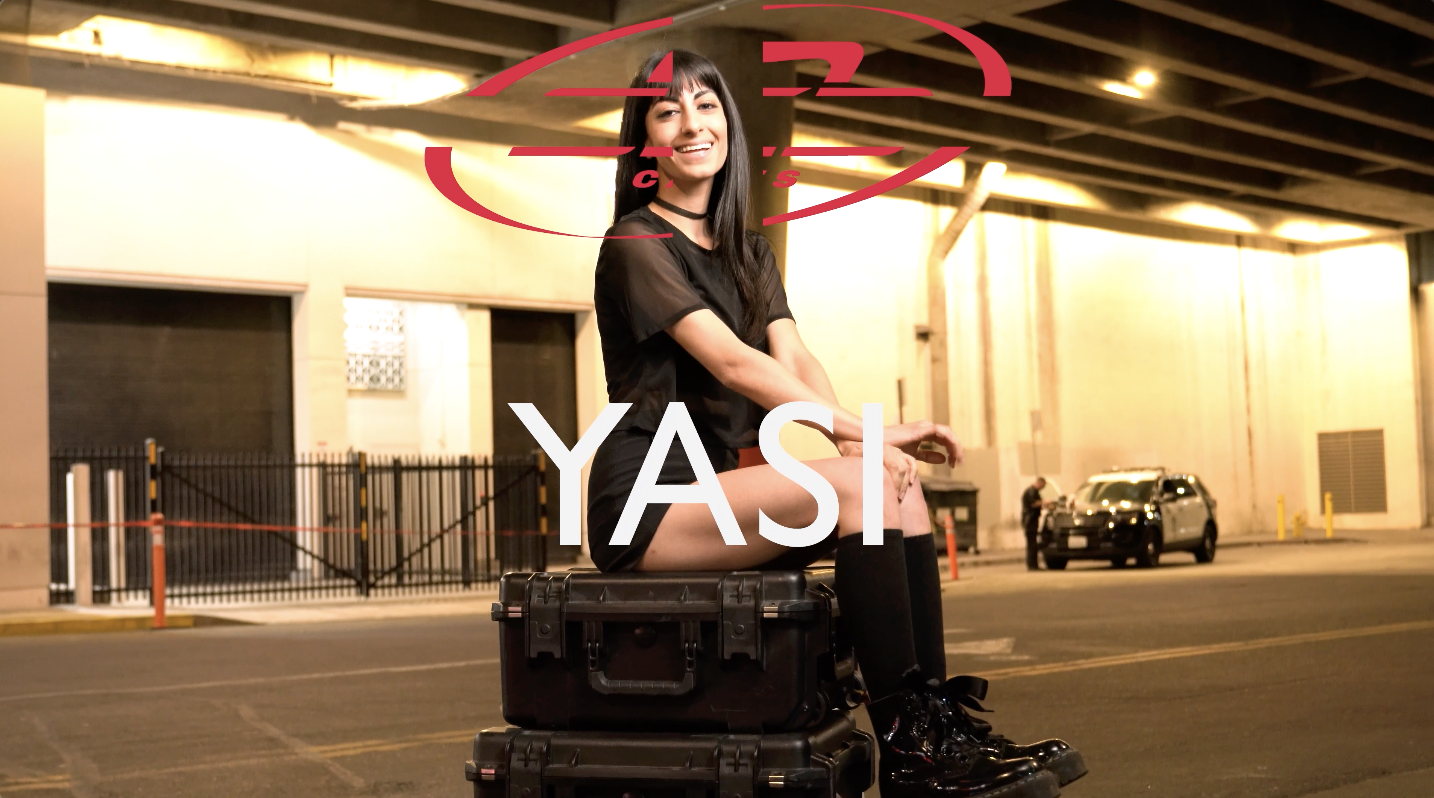 I’m Yasi. I am a touring music photographer. I was born and raised in Tehran, Iran and nowadays I’m based in LA. So, when I was about 15, was the first time I learned that touring is a thing. I started to befriend some people in bands and they would tell me about how they just get into a van every day and they drive to a different city and they put on a show every night. 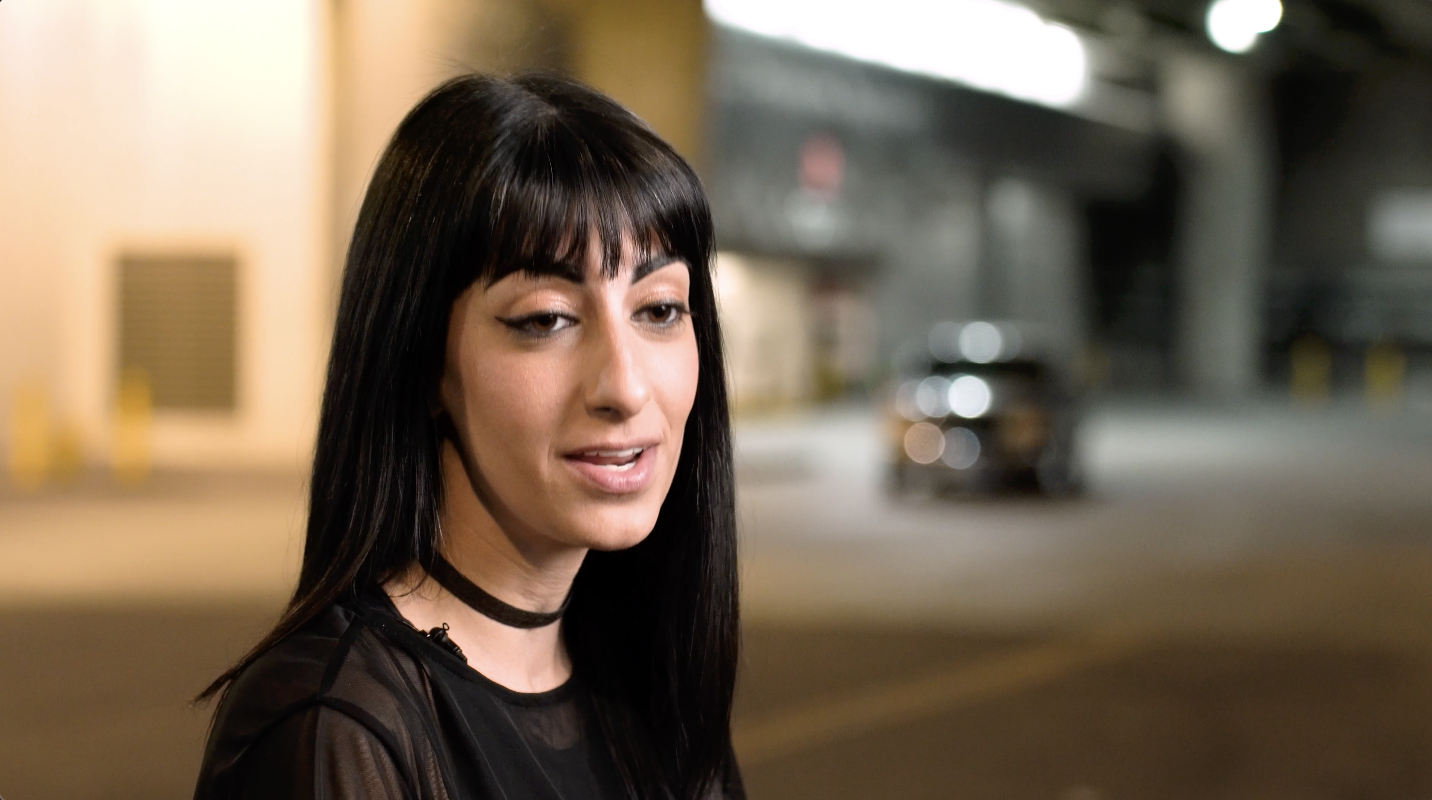 And that was something, “That’s it! That’s what I want to do. I want to, I want to document that.” And so that was just it. From then on, photo only. 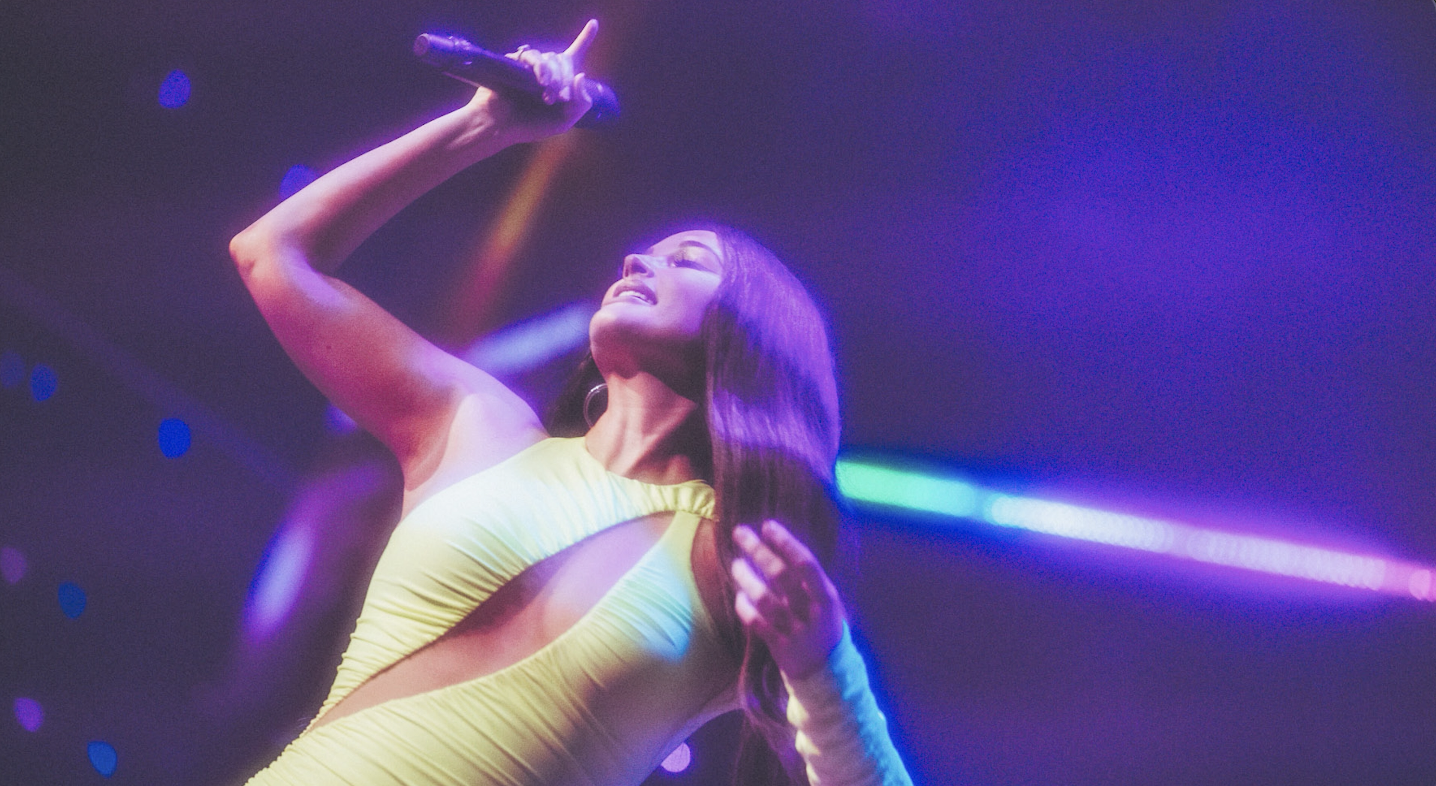 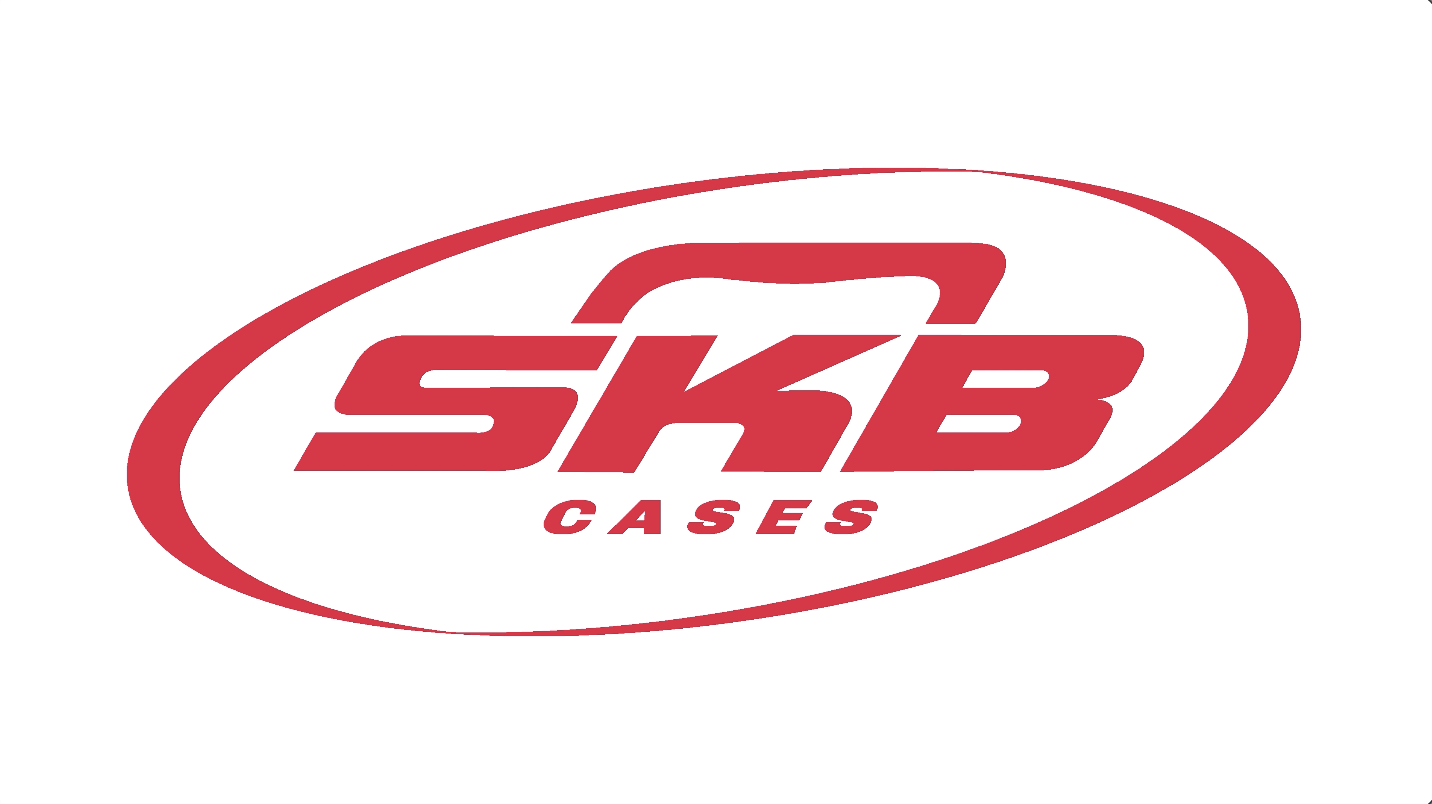