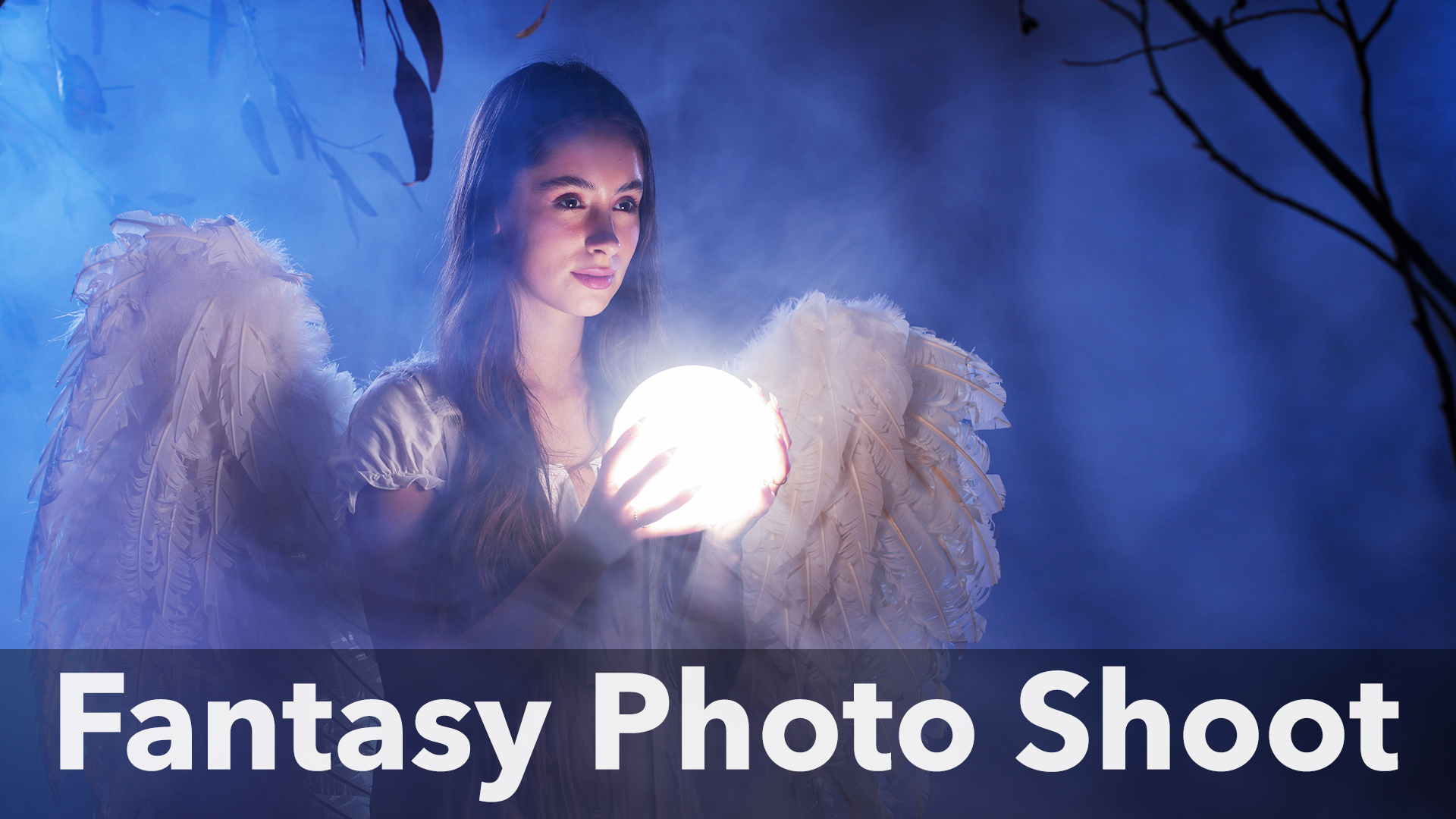 (If you want to watch the video go to YouTube and look for The Slanted Lens!) 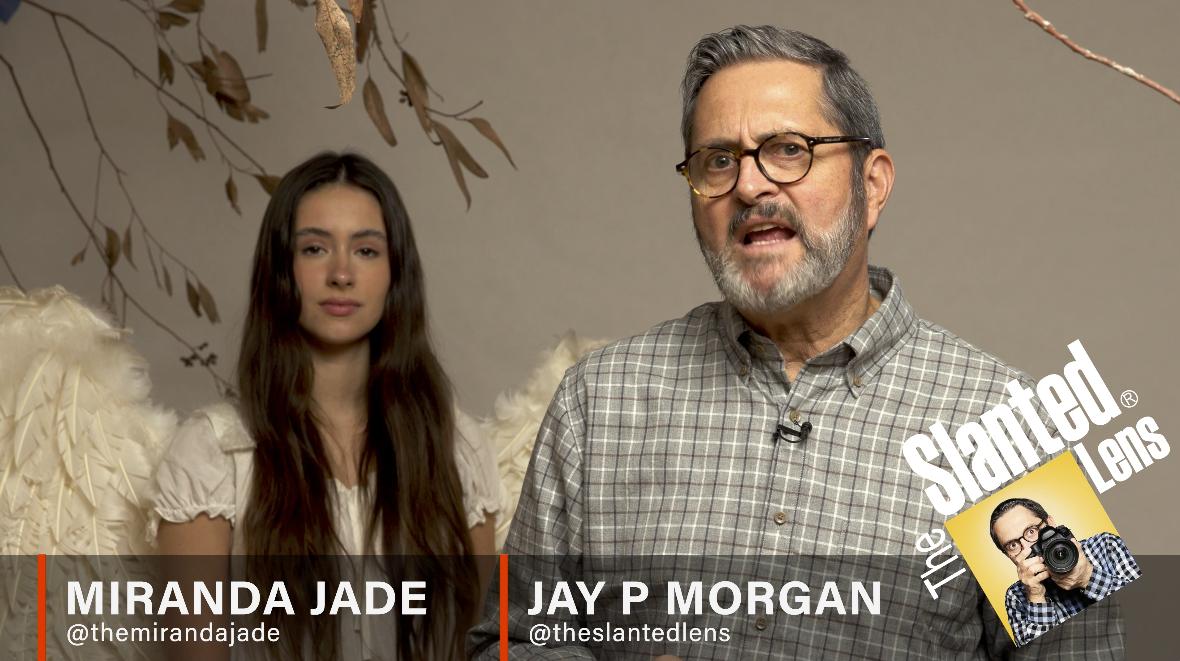 And we’ve got Miranda with us here. Miranda is going to help us make a great image where you have the light glowing onto her face. So we’re going to roll right into it and show you how we break this thing down. 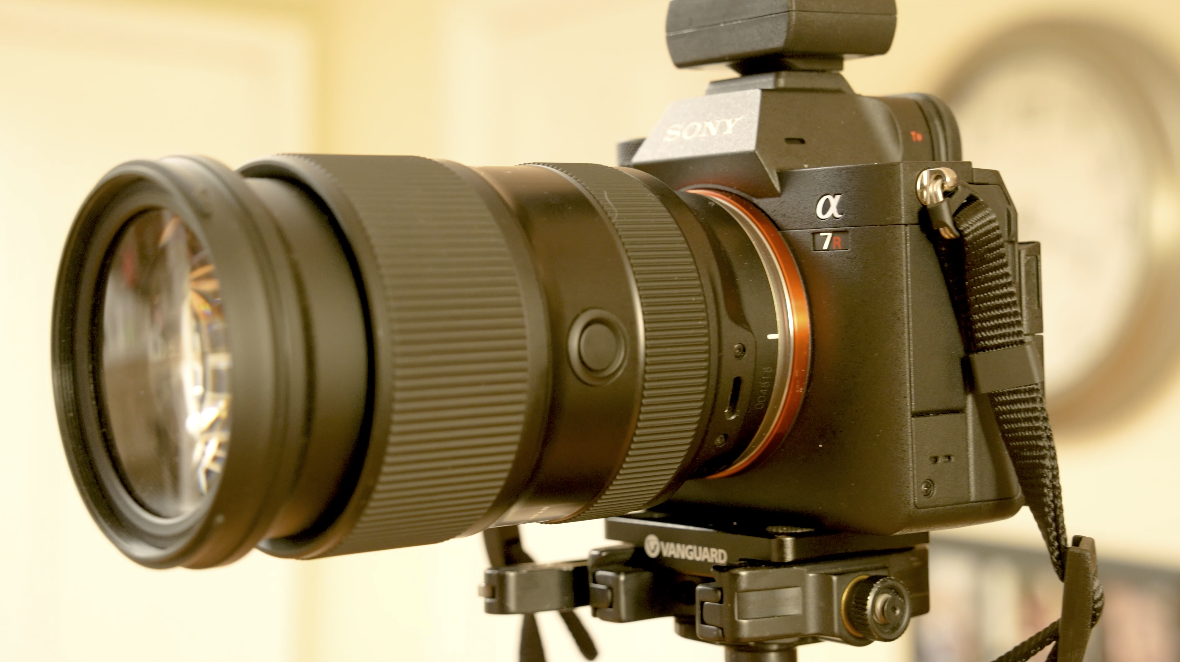 So first off, we are shooting on the a7R V. This is a 61 megapixel camera sensor. It’s got a great autofocus system. And with the smoke coming and going and swirling, it works fabulously. 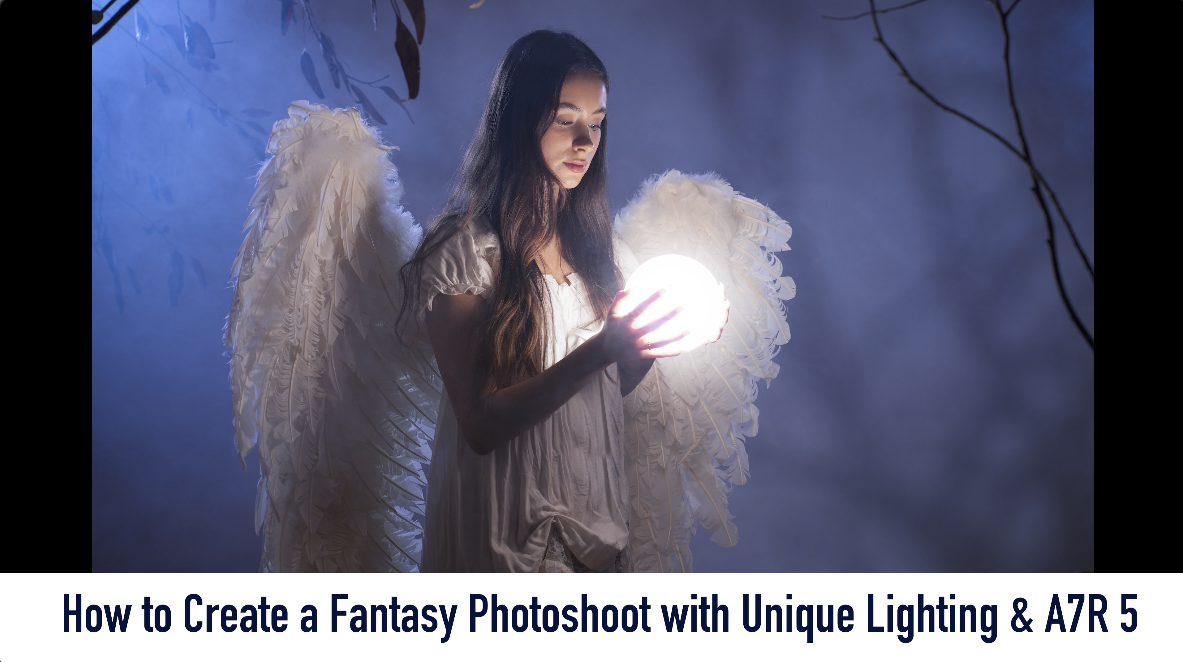 I’m not concerned about the fact that it doesn’t do as many frames per second as the a1 because we’re shooting studio strobes. And it certainly keeps up beyond what I need. As I’m shooting and shooting, it’s much faster than the strobes. 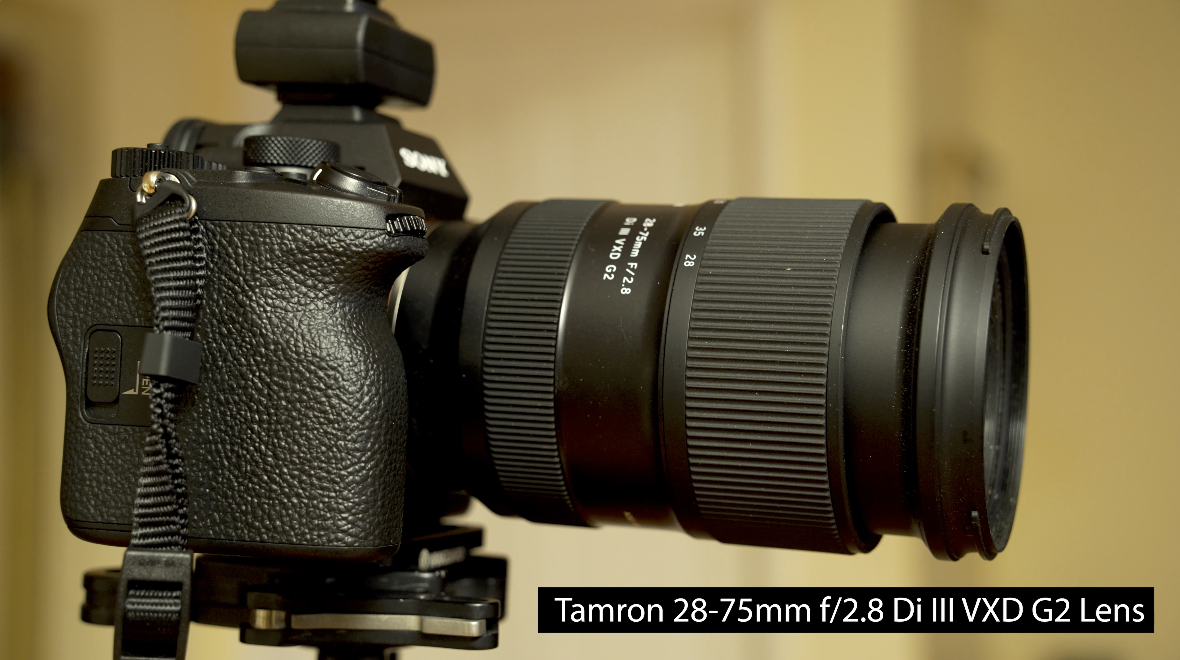 I’m using the G2, the 28-75mm G2 from Tamron. So I can get in and probably going to shoot most of these around the high end on that lens closer to 75mm. So it’ll be a more portrait type lens, horizontal. We’re going to see the horizontal frame, and just give us a nice, nice image. We can crop into it in that 61 megapixel sensor. 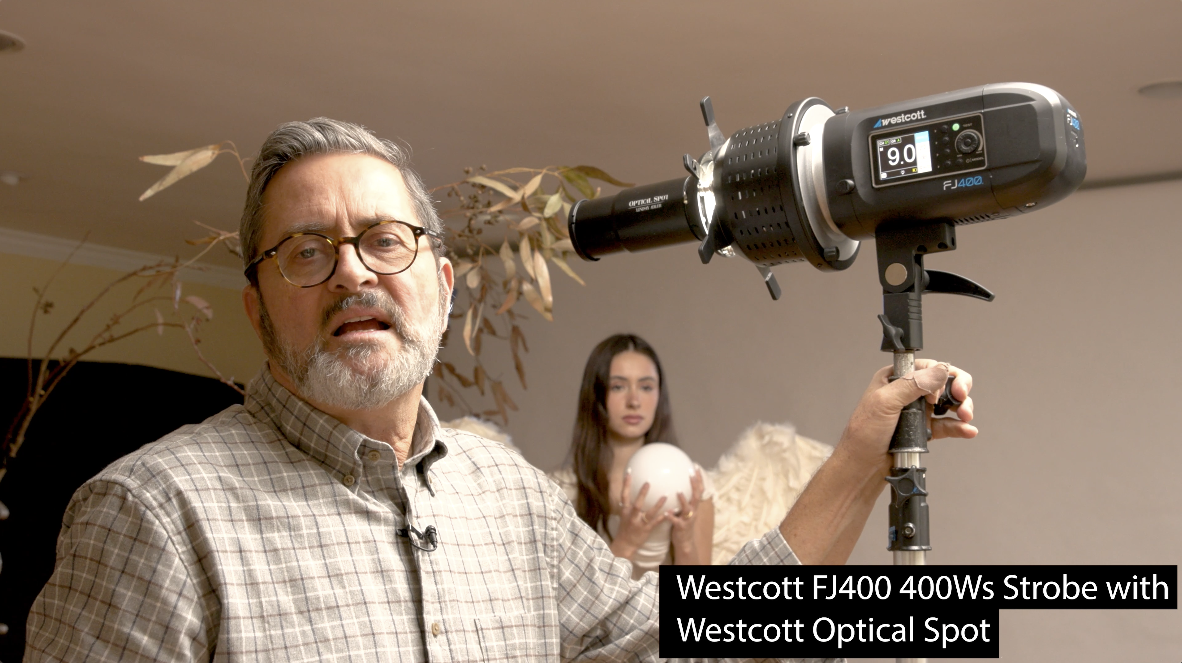 So we built this shot around Westcott’s Optical Spot. This is an incredible piece of equipment. I have always wanted a strong optical spot on a strobe light. So the way we set this up was using that optical spot, not as a direct light on the person’s face. We’re not going to use it as a key light. We’re going to use it as the background. Because we can put in any kind of gobo. It’s cut out of metal. It gives us strong shadows in the background. 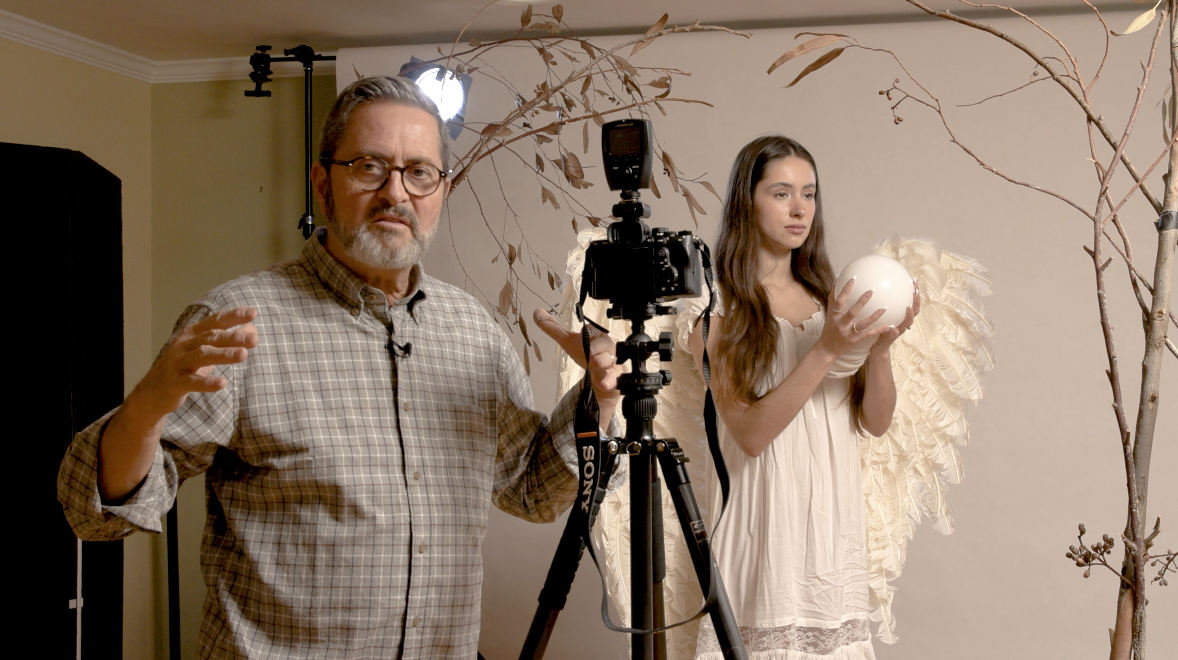 I can take that white seamless now and we turn it into a beautiful deep looking kind of like forest back there. It gives depth in a situation where we don’t have depth. It’s a white seamless. And then we added a blue color on the front, which had a little gel holder here. So we can add some blue to the front of it. And when we do that, we had a beautiful background that we can now build our shot around. And that’s really the genius I think of this. It gives you the ability to create environments. And that’s exactly what we did. You can focus or unfocus it. We threw it out of focus, because we want to feel like it’s deeper and further back there. And it just gives us a really beautiful background. 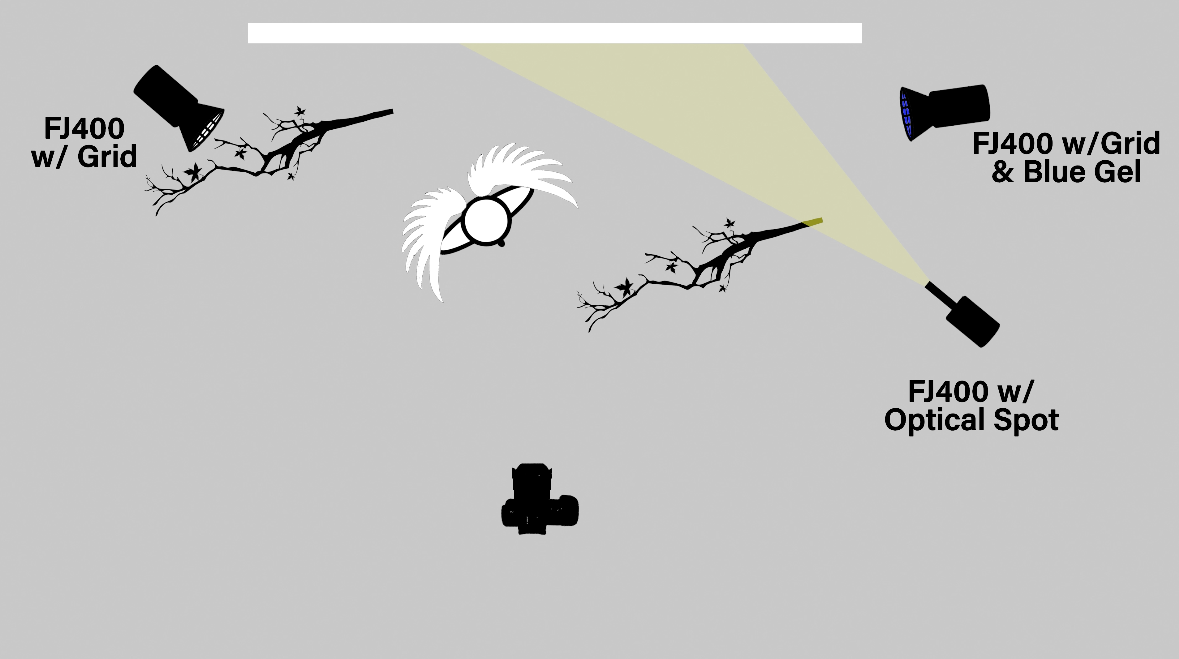 So the Westcott Optical Spot just attaches on the FJ 400 using the Bowens mount. It slides into place, locks and we’re ready to go. And now it’s going to focus our light and give us a hard light. After the optical spot, we added a rim light on the camera right side. This has got a seven inch reflector on it with a 40 degree grid. So it’s a pretty wide grid, but it does keep it pretty defined. It’s not letting it spread everywhere. And that’s going to just give us a little bit of light on her face. And a little bit on the side of her body. But it’s going to really open up the smoke on that camera right side. That’s really what that’s all about. 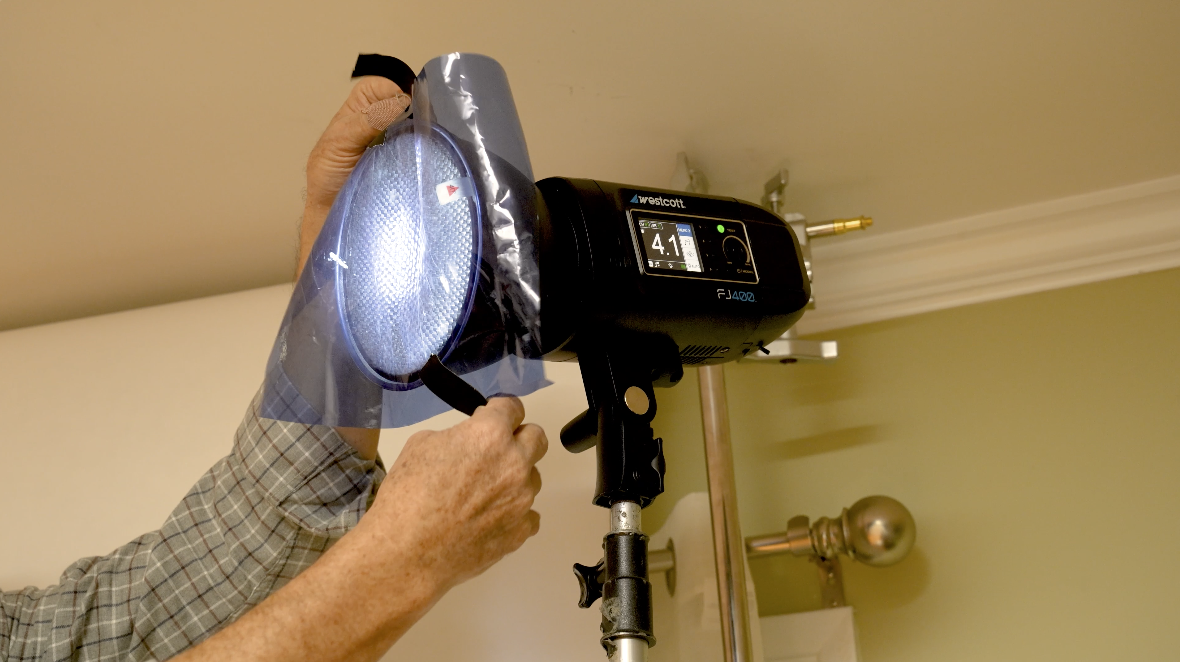 We added a CTO which is a full blue to that rim light on the camera right side. So it will match our Optical Spot and just kind of integrates her back into that blue scene in the background. 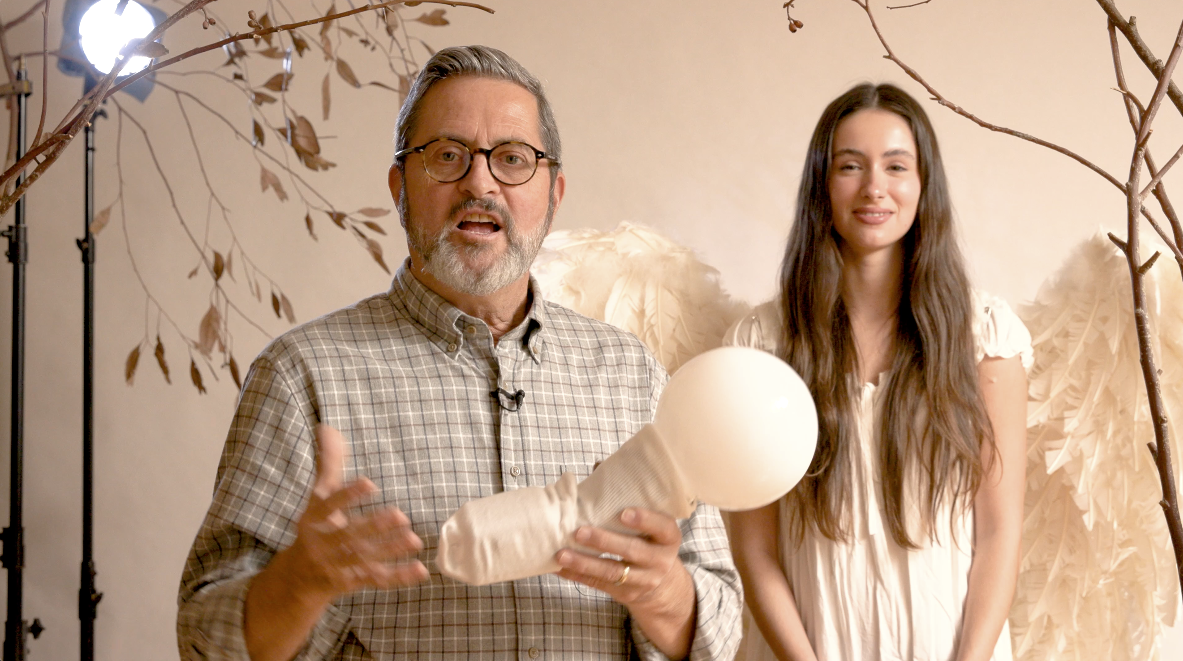 So here’s our key light. No, it’s not a small baby or glow worm. It’s a baby with a huge head, that’s for sure. It’s an FJ80 with a sock on it. The reason to put a sock on it is because Julene wanted to blend this in. So as Miranda is holding it against her dress it blends in with her dress better. It is going to be easier to retouch with the sock on it. It’s a motivated key light because it’s right here. She’s holding it. We see the light source. It’s going to glow in the image. 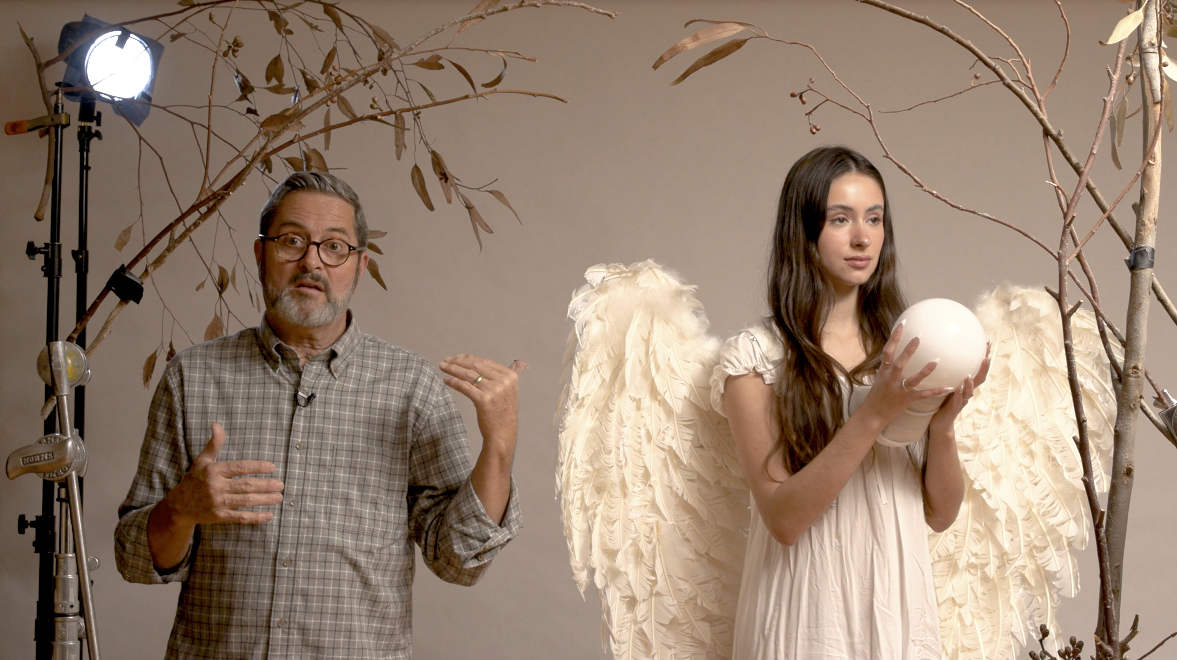 And then it really gives us an excuse for all the light on her face, other than we’re out in the forest and why is there light on her face? This tells us why, she’s holding this globe. It’s a magical globe, and it lights her face. That’s exactly what it does. But you only, even with this turned down as far as we possibly could, it’s so close to her face. We had to put several layers of diffusion inside of this little glass globe we got at Home Depot, and that diffused it enough to just give us a beautiful glow on her face. And it just worked out super well. So there’s our key light. 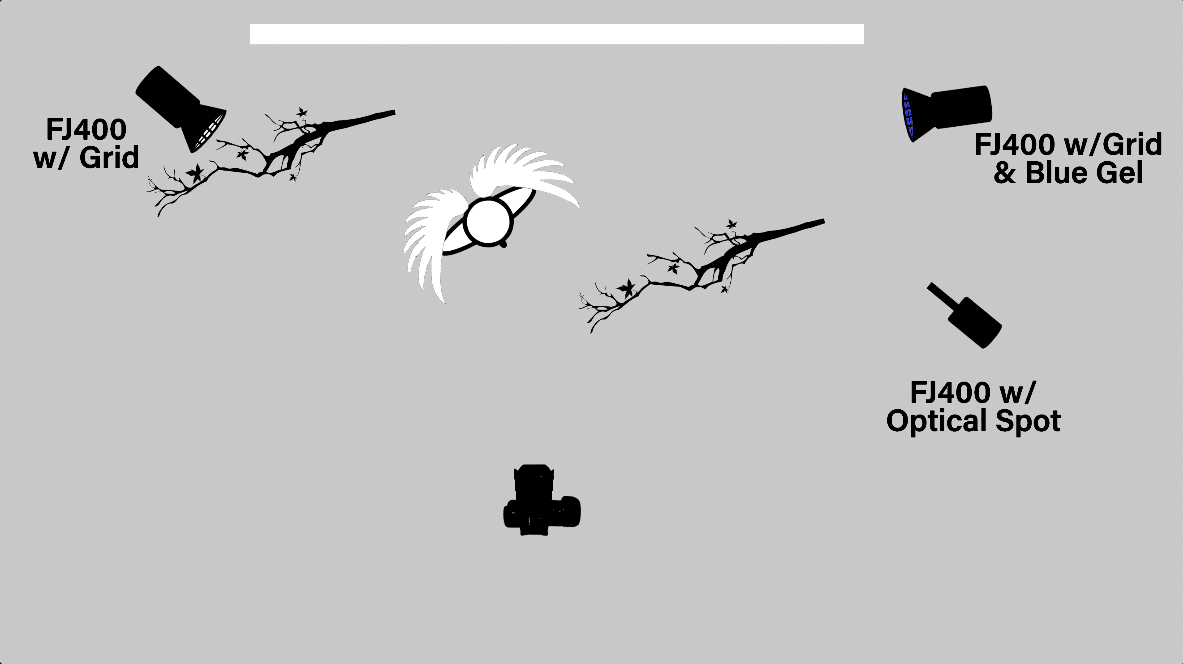 Last of all, we added a rim light on the camera left side. This has got a seven inch reflector on that Bowens mount on the FJ 400. And it’s got a 40 degree grid in it. It’s meant just to give us a nice rim light on the side of her hair. And to open up the wings a little bit and backlight the smoke so we can see some of the smoke in the scene. 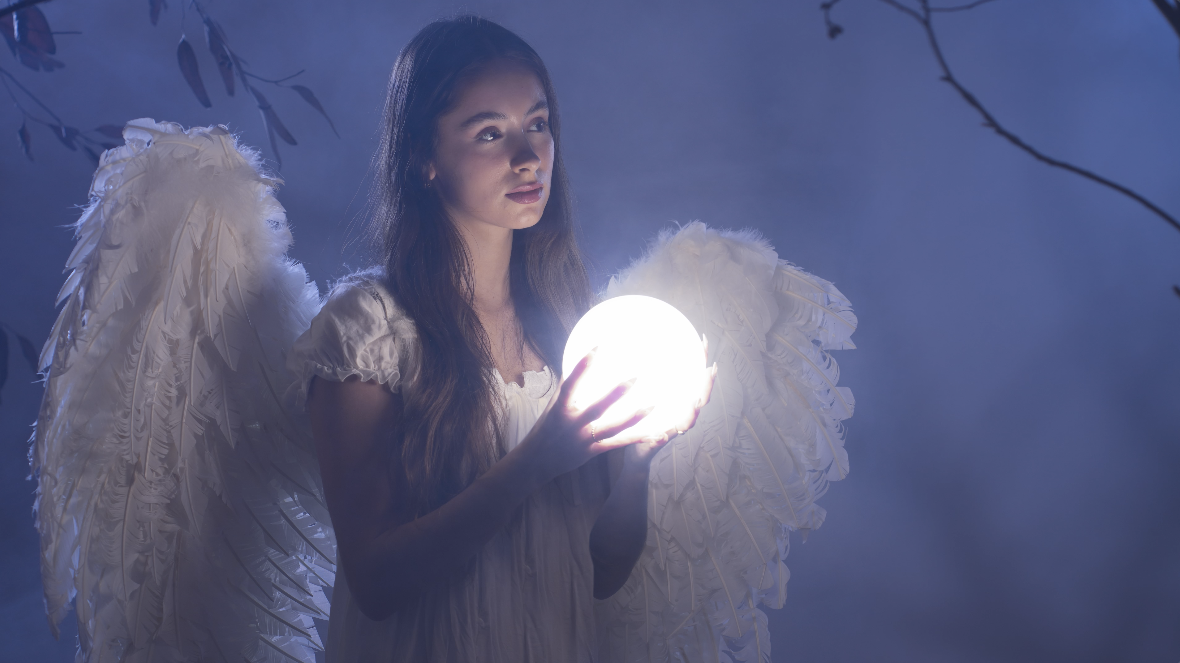 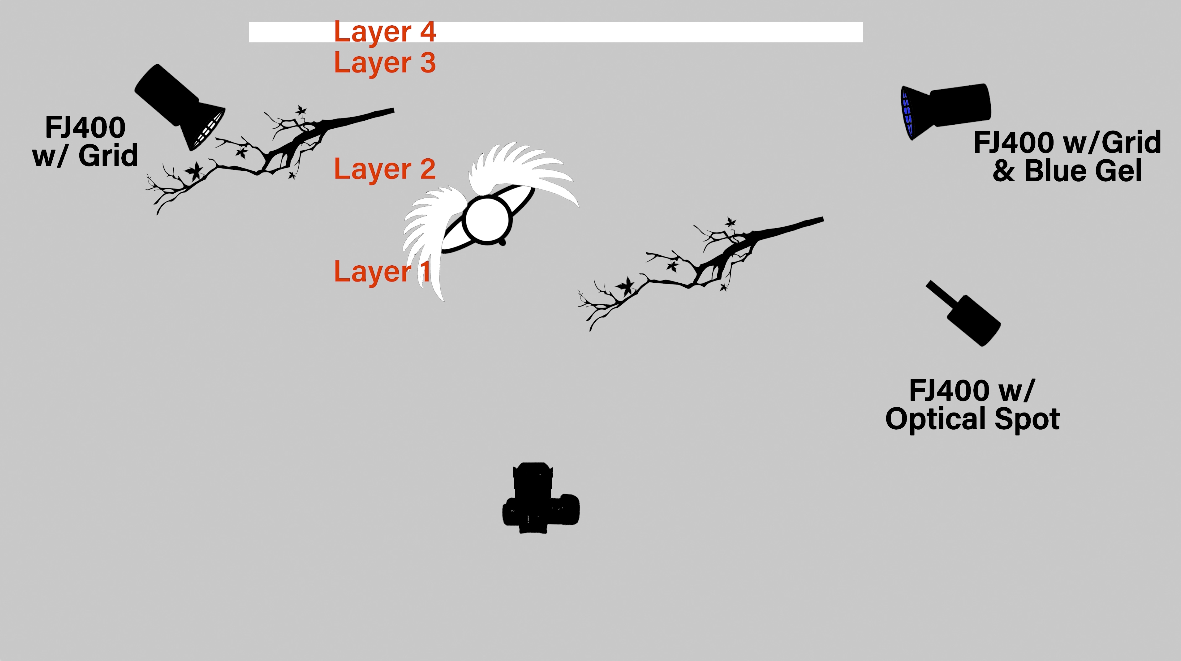 So here’s our set. We wanted depth in here as much as possible. So these branches up front are going to be more in focus. They’re going to be in focus, and they’re going to be silhouettes. And then as you step into this to Miranda our model, and just past here we have a branch that’s going to give us some depth on that side. 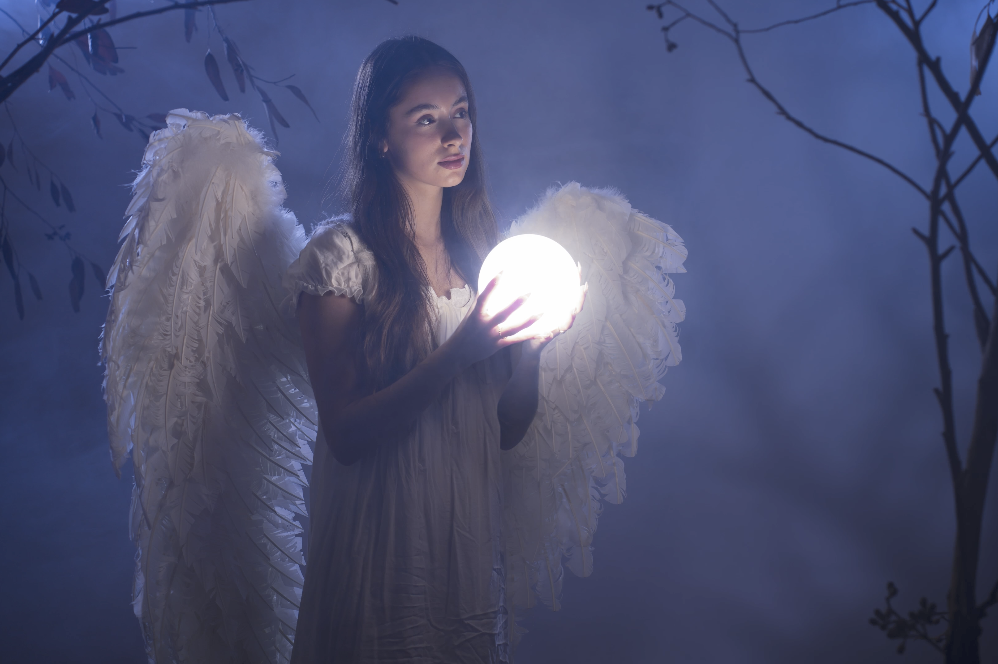 It’s not going to be as out of focus as the Optical Spot is going to be on the background. But it’s going to give this layers. We got one, our model – two, three is the background back here and then four is the actual background. So the leaves kind of give us a step into the background. Which allows it to feel more real, and just helps integrate the entire scene together in one shot. 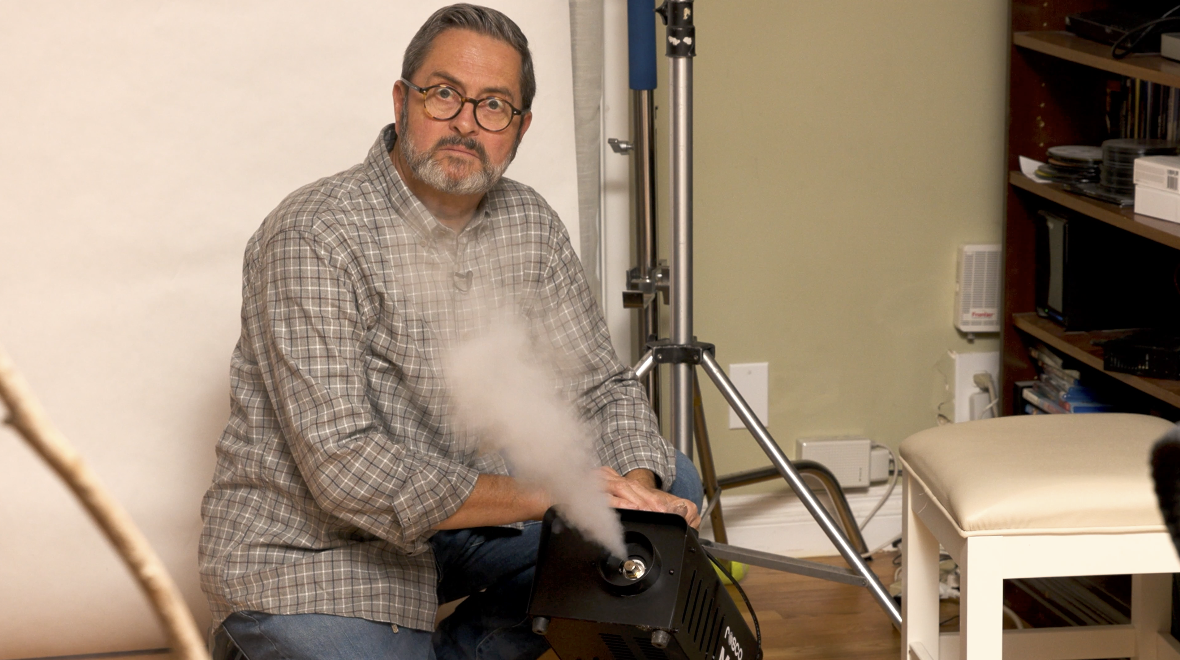 And now for the secret sauce, it’s smoke. Smoke is what’s going to integrate all of this together. It’s going to soften the background. It’s going to make those three layers of branches just really integrate into one nice image. It’s going to feel soft and wonderful. That smoke is going to be chunky at times. And it’s just going to be really like bringing the contrast down and helping to kind of integrate everything together. 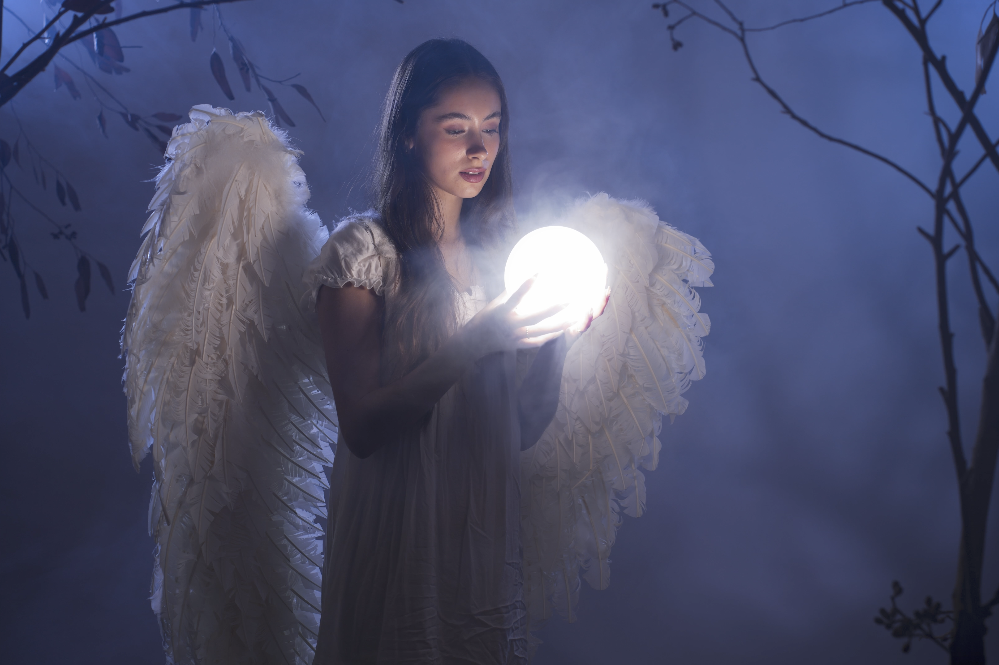 Smoke does bring the contrast down. The blacks are not going to be as black. And it’s just going to open up the image a lot. And it’s going to feel really soft and moody. It has a very painterly kind of look. It changes every shot, whether it’s focused here or aimed there or whether it hangs in the air. I mean, it just changes and changes on every single shot. So we’ll just keep shooting and look at the smoke and we probably will composite two or three of these together till we get the smoke that we like. So smoke, the secret sauce. 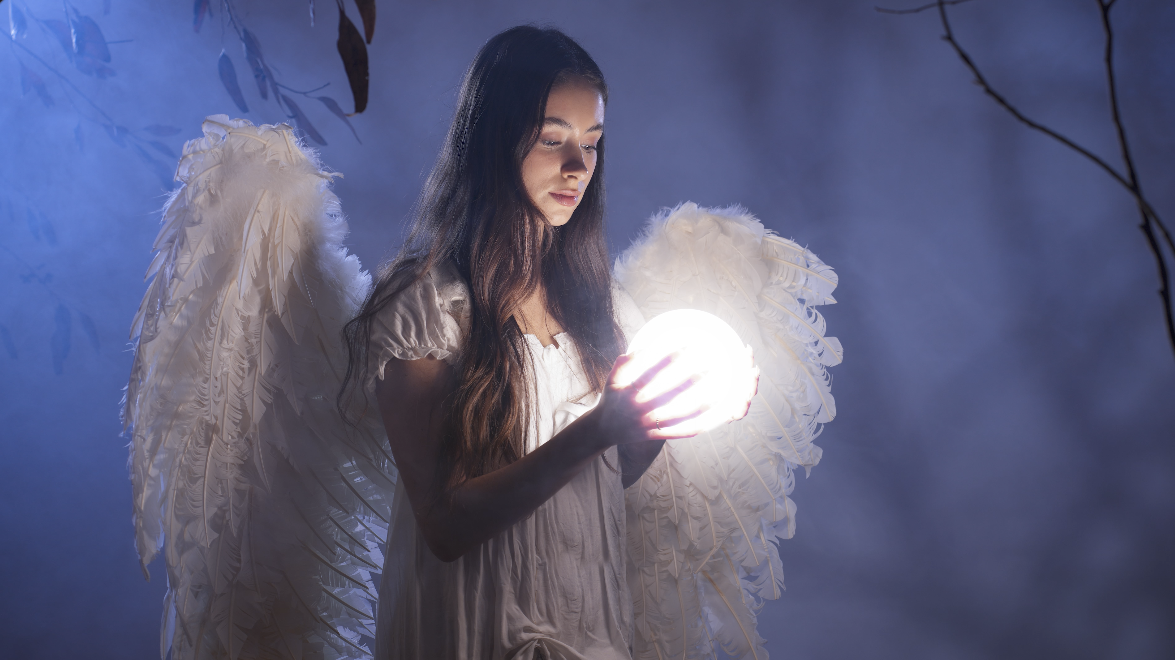 So let’s wrap this up. I thoroughly enjoyed shooting on that a7R V. The autofocus was quick. It stayed right on her eye and was easy to use. Even when the smoke got very thick, it was able to identify her eye, even in a longer shot. So I was very impressed with that. Let’s take a look at some of these images. 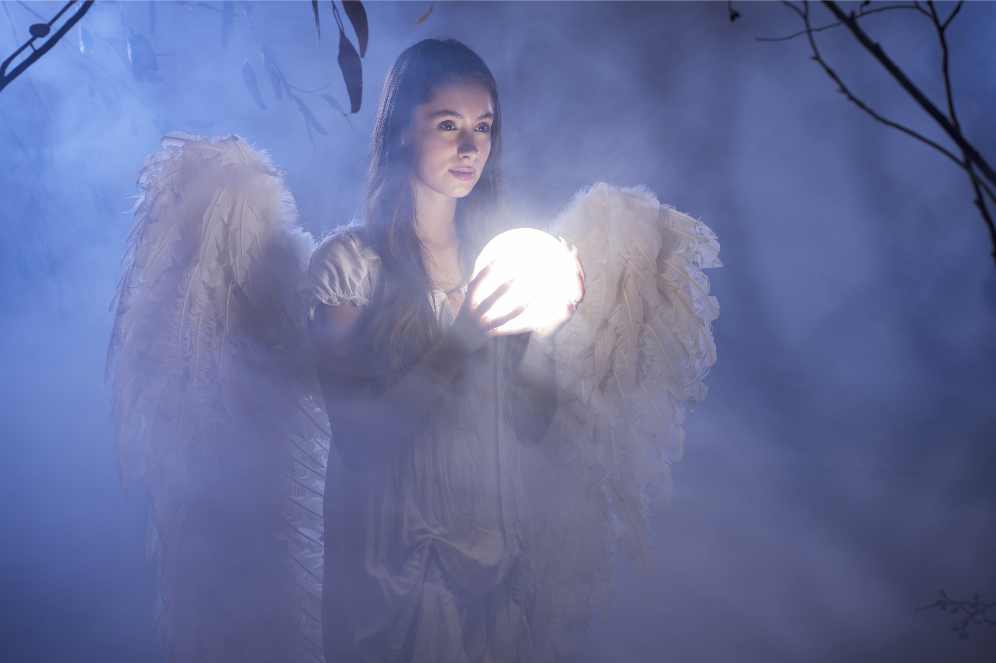 For me, that Optical Spot by Westcott is the perfect instrument to create depth in your scenes. To give you a background very easily that looks like an environmental type of situation, but just gives you a lot of depth. You can put it in focus or out of focus. You can create an image that really is going to help you create a scene and a set. You can use other pieces to be able to integrate into that. 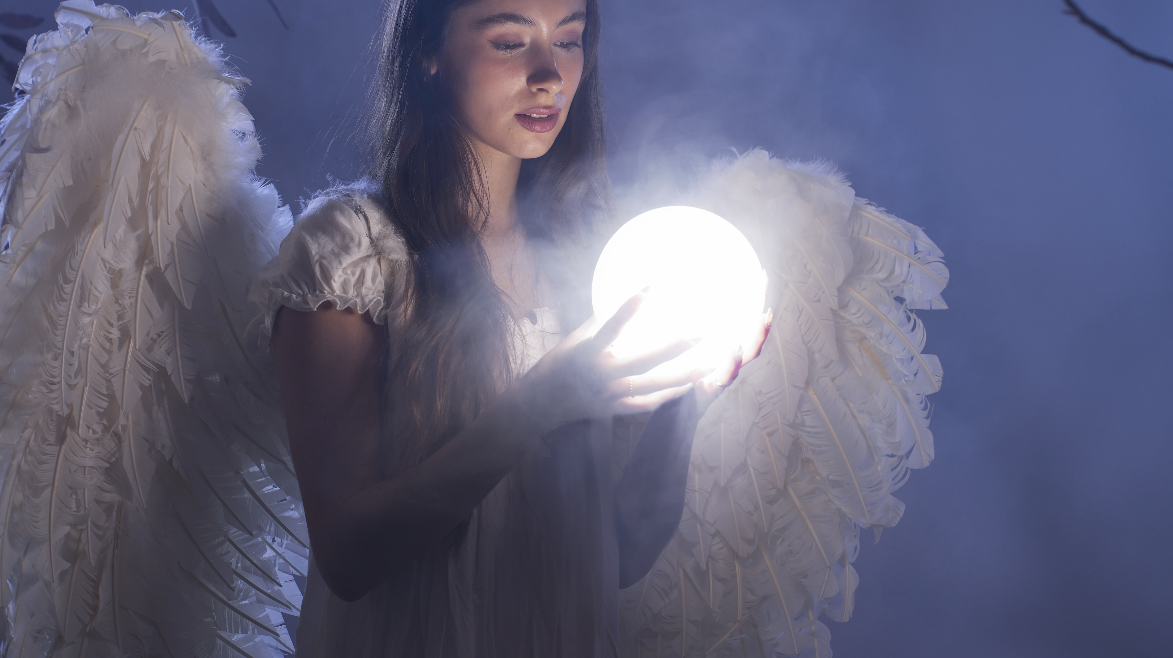 It’s going to help that become your background, your deep background. Obviously, there’s a lot of other different ways to use it: hard light on people’s faces, you can cut it with the different blades to be able to cut different squares or triangles or things on people’s faces or on the background. And there’s so many different ways to use it. There’s a lot of gobos and a whole collection of things you can make your own if you want to have something specific you’re going to use in a scene. 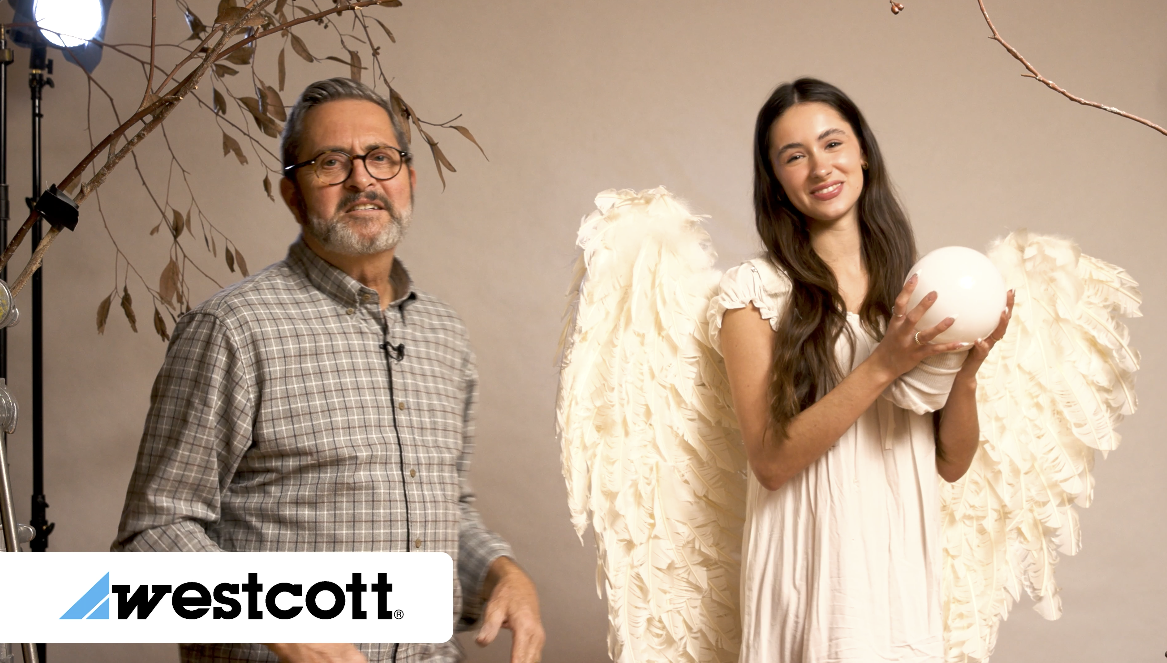 What’s interesting to me about photography right now is we have gone through the window soft light, you know. We’ve gone through that era and hard light is emerging once again. It’s becoming more prevalent in the industry. You’re seeing hard light used more often. So this Gobo comes at a time when it’s going to be perfect to be able to create those kinds of images. Did you enjoy this? Yeah, I had a great time. She’s been holding this little FJ80 baby all day long. So this was a lot of fun. I love being in the studio. I hope you enjoyed this. Leave us a comment. Make sure you subscribe here at The Slanted Lens. Keep those cameras rollin’, keep on clickin’! 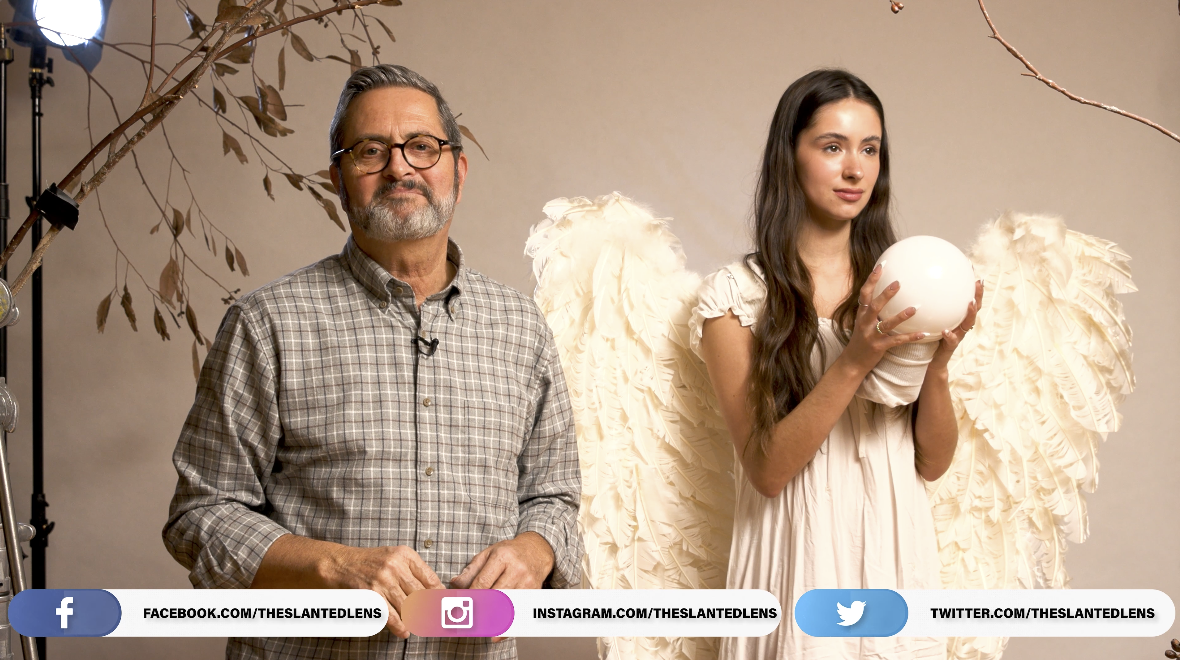