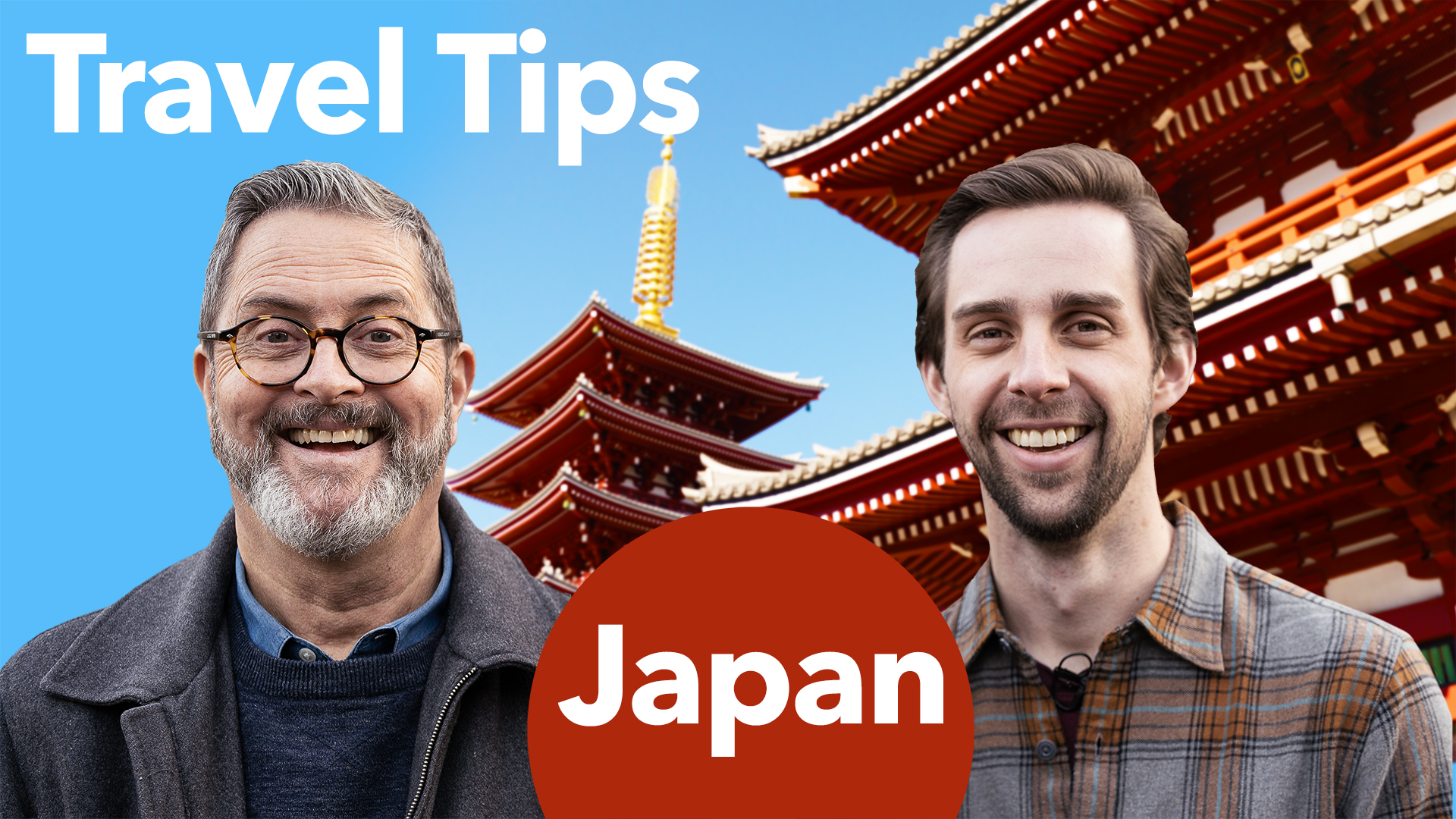 (If you want to watch the video go to YouTube at The Slanted Lens!)

So, I’m here at Salt Lake with Kenneth. We’re going to Tokyo! I am super excited ! I can’t really talk about what we’re going to do there.

But we’re excited to be going. We got to the airport three hours early, three hours early! We got up at two o’clock in the morning. And of course there is nobody here, nobody! It is 0-Dark-Thirty right now. But we’re here and we’re going to get on our flight. Who comes to the airport three hours early? We want to talk really fast about the kind of gear that we bring on a travel job like this. I’ve especially have been doing a lot of travel lately since moving to Salt Lake, going down to LA or the Bay Area or whatever. I feel like I’ve got a kit dialed in for this sort of job. So, let’s go talk about it. 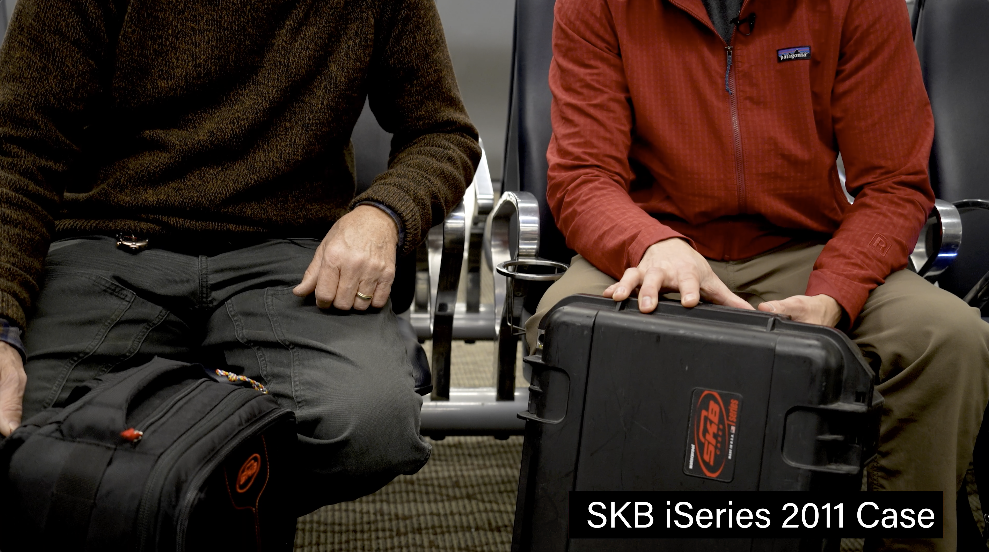 So we’re here at the gate and let’s just talk quickly about our gear before we run and get something to eat and before we have to get on the airplane. Yeah, so usually on a trip like this I’ll carry this SKB case, which is awesome because it’s carry-on size. It’ll fit in the overhead. Yeah, it’s perfect. And inside this I have my Panasonic S1H. I have a handful of lenses. And all my audio gear like a shotgun and XLR cables. Basically I can shoot anything with just this. And then I have a little tripod that I checked. And usually I’ll take some variety of tripod. And then all my clothes and stuff would usually fit in here. I packed a bit more for this trip because it’s so long. But between this and then a tripod case I’m usually good. 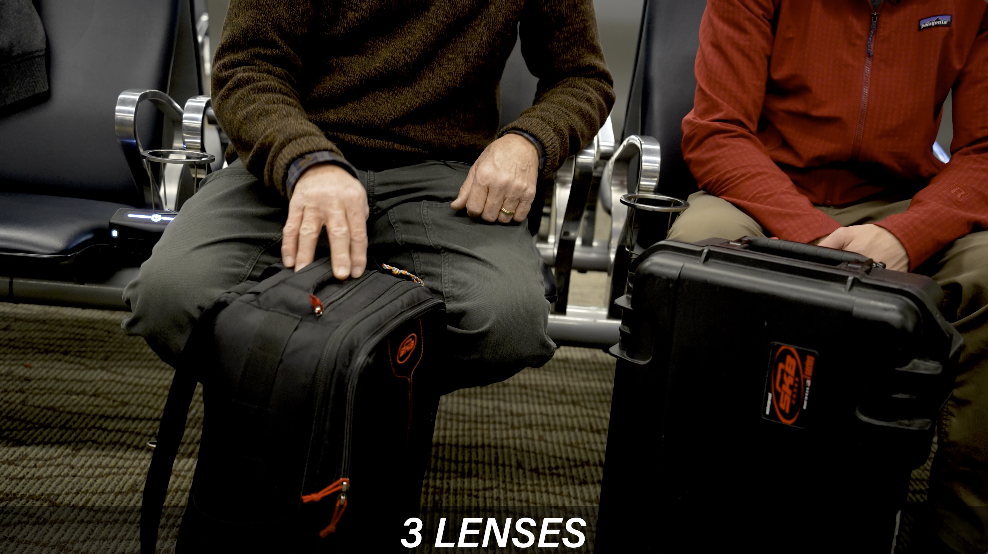 That’s perfect. Mine’s not that different. I’ve got a single camera. I’ve got three lenses. I’ve got an audio solution in here. 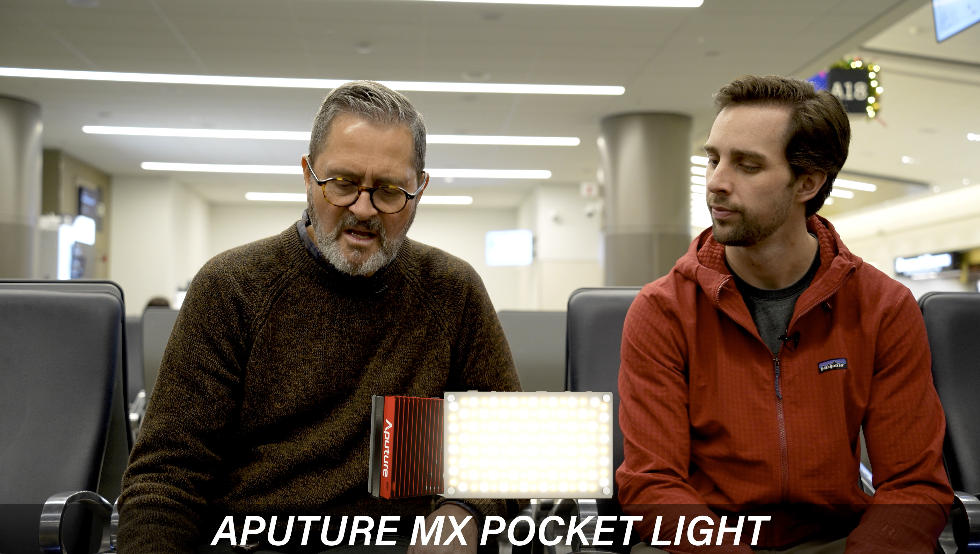 And I really, I have a small light. It’s an aperture light. Just a small little LED panel. Other than that I do carry my filters so that I can stack and do panos. I can do any kind of landscape stuff because I want to be able to do that. 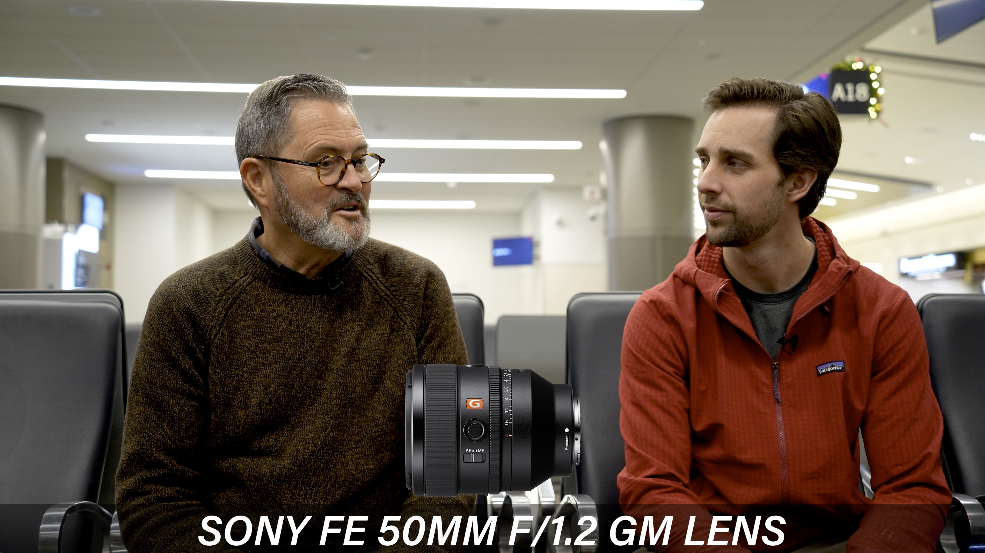 And I carry my Sony 50 millimeter 1.2 lens for doing any kind of landscape because I stitch and I love that lens. Nice, so nice. 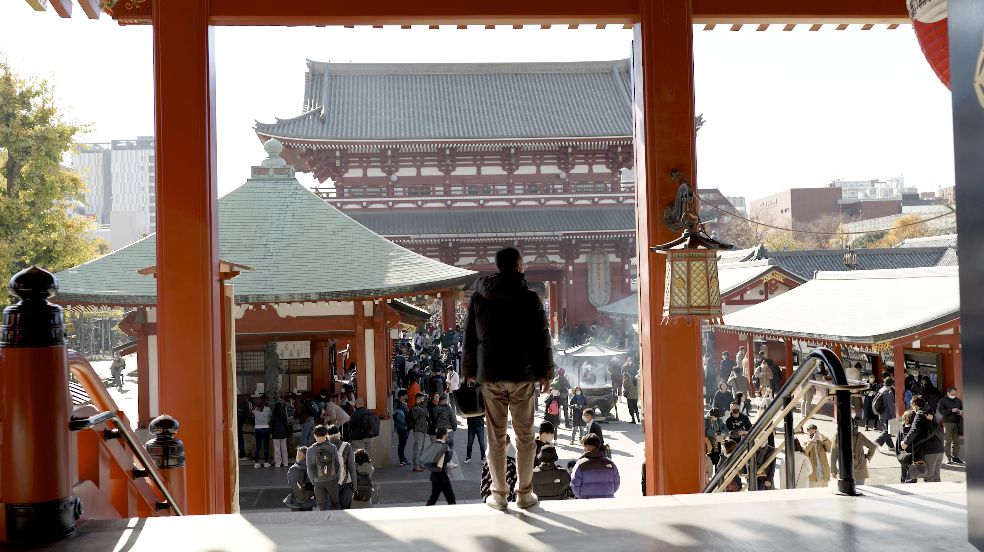 So we’re in Tokyo, Japan. 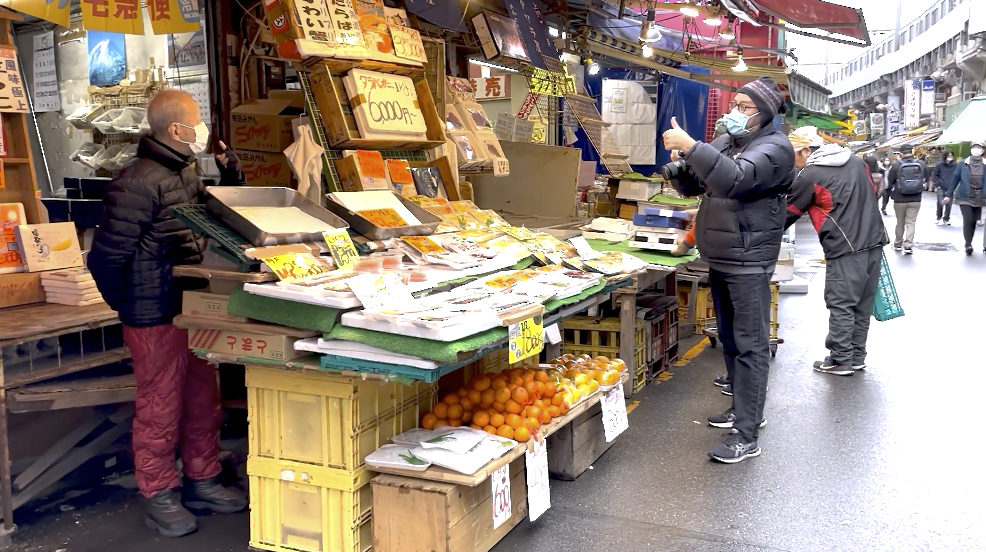 Let’s talk about our tips for traveling. We got several tips we want to share with you. So what do you have there Kenneth? 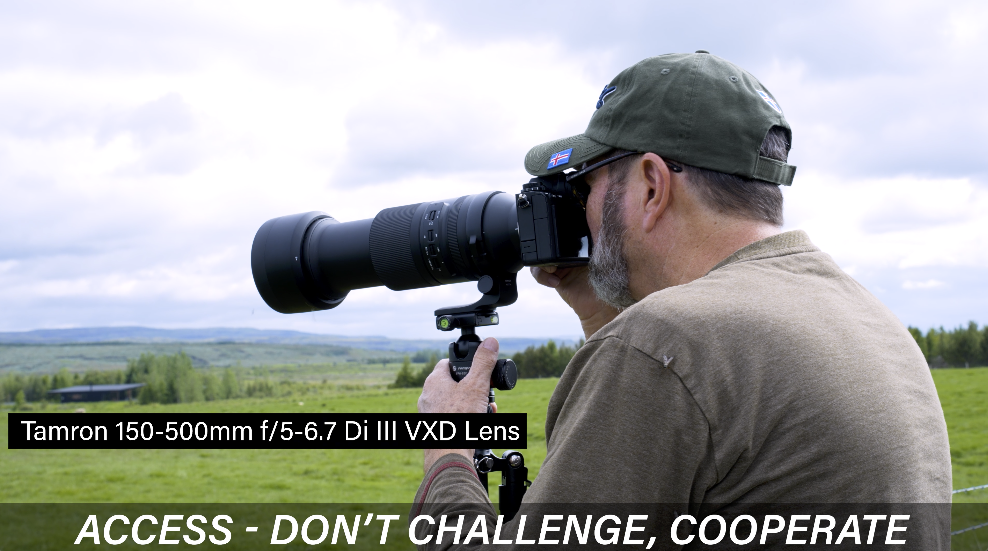 My first tip is access. So if you’re shooting in a place and someone comes up and they bother you because you shouldn’t be there, the best thing you can do is just say, “I am so sorry. You’re absolutely right. Can I just get one last photo from right here and then I’ll be gone?” And most of the time, they’re more than happy to oblige. Most people are going to be A-Okay with that. 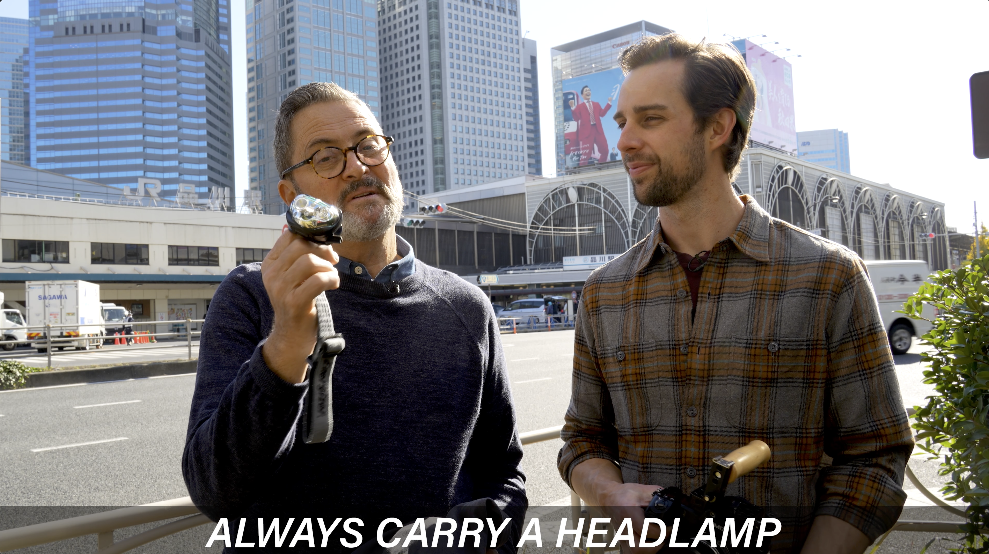 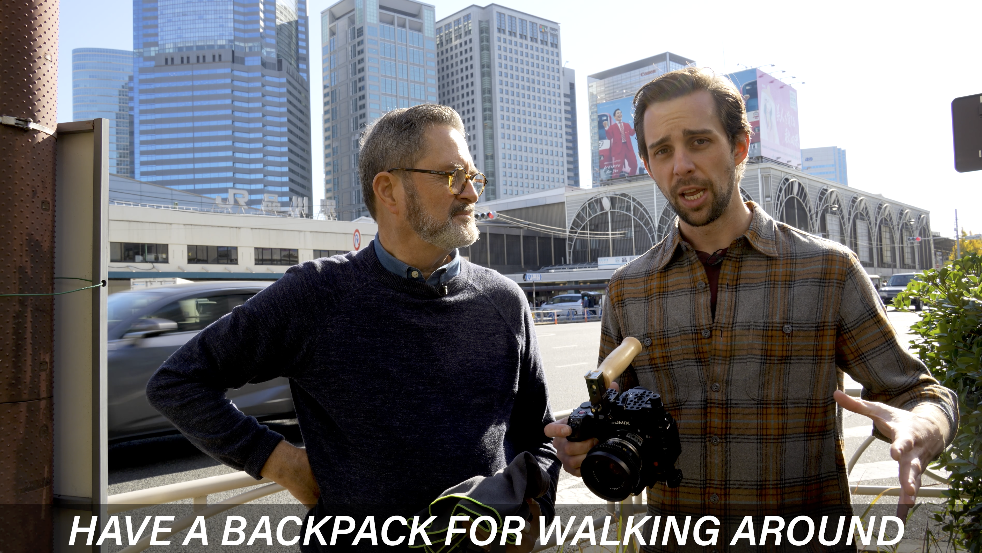 My next tip is, in terms of carrying the gear, when I go on the plane like I said, I like bringing my S1H in an SKB case. But when I’m out in the city I don’t want to be rolling that around, especially because I’ll have to let it down to shoot. And who knows if someone’s going to walk off with it. So I like to bring a rolling case to carry the bulk of my gear. And when I’m actually on location I can fit almost everything I have into a backpack that I can carry on my shoulders. 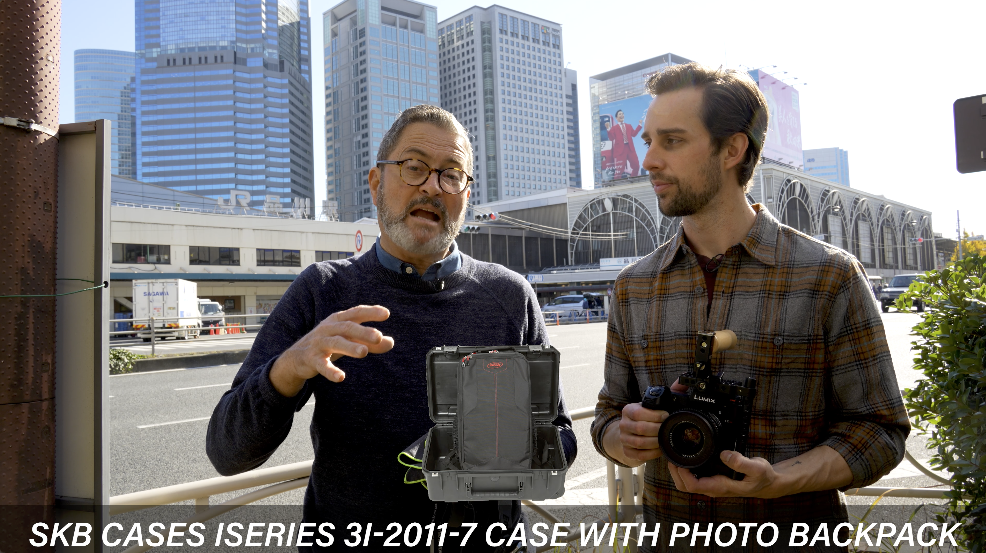 Which is a great tip actually, because SKB makes an excellent backpack that goes into a carry-on case that goes in the overhead. And when you get to your location pull out the backpack and off you go. But it’s protected while you travel and it’s a roller case and easy to carry around. 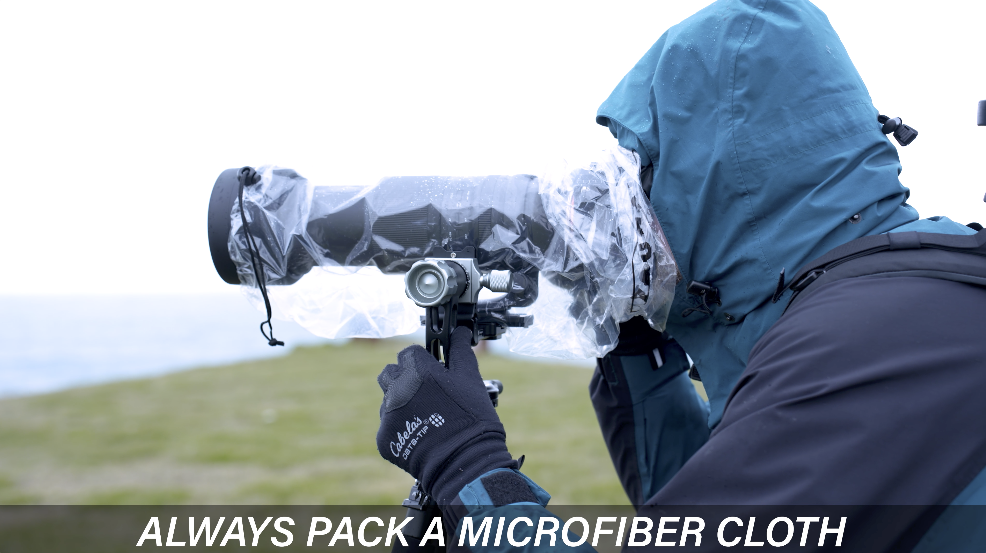 Here’s one I learned in Iceland. That is a microfiber towel. Because when you get out and it starts to rain a little bit I can throw this over the camera. I can wipe my camera and lenses down with it.

It just makes it really easy to keep my stuff dry and clean. And I can clean up the lens if I have to because it’s a microfiber towel. 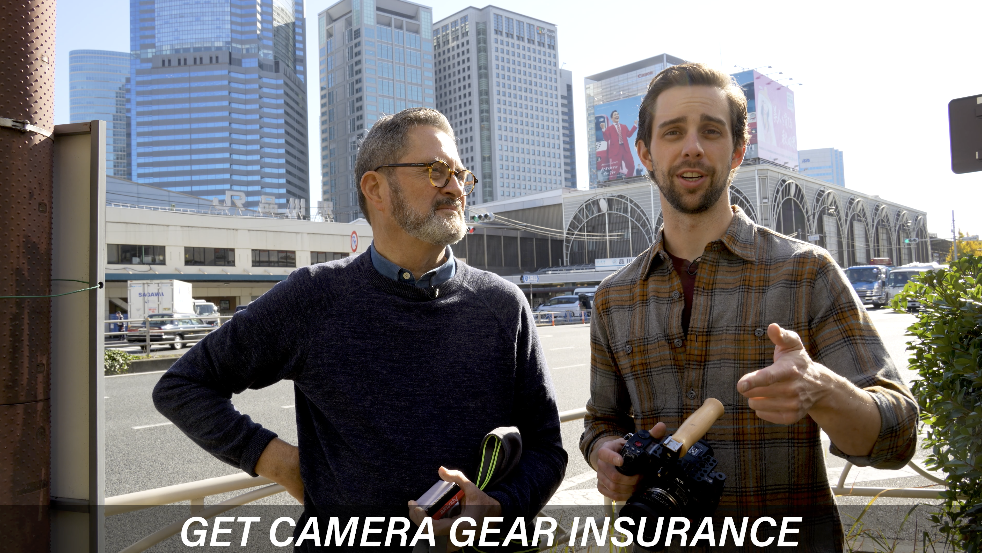 My next tip is get your gear insured. You’re going to be hauling thousands of dollars of gear that has taken a long time to acquire on an airplane, over an ocean, to another country around lots of people. It can get lost, stolen or damaged. Getting your gear insured it’s not that expensive. Especially if you go through a company like Athos. I used to get my insurance through them. They make it super easy. You just put down how much and it’s very easy to qualify. The price is really competitive. So that would be my next recommendation.

You know another great place is PP of A. For like a $300 yearly fee to be a member of PP of A you get a certain amount of insurance as well. Which is a great deal actually that is included in that membership. 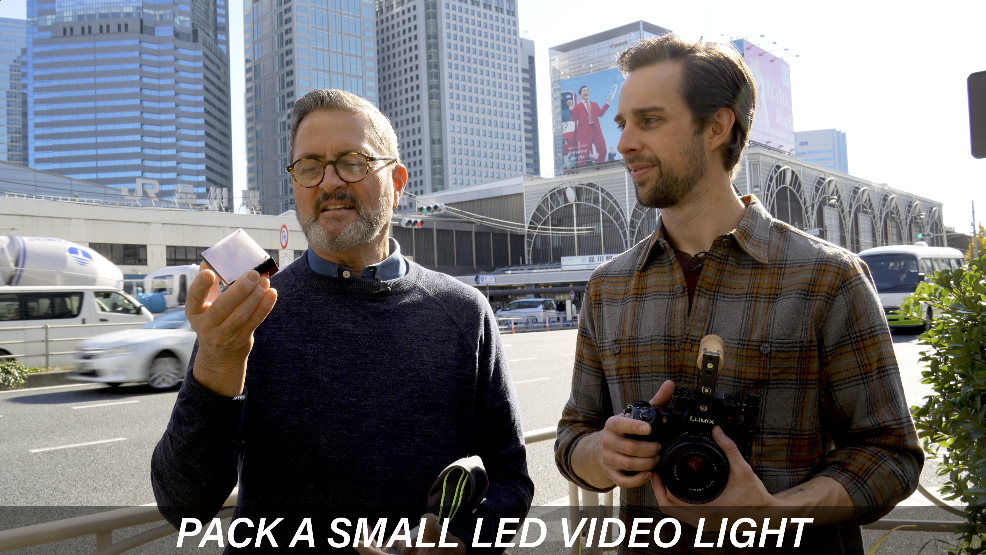 My next tip is I travel with a small LED light. Kenneth goes, “Well, what would you do with that light?” Well you have a little adapter on it and you can throw it on the camera if you want to open stuff up. 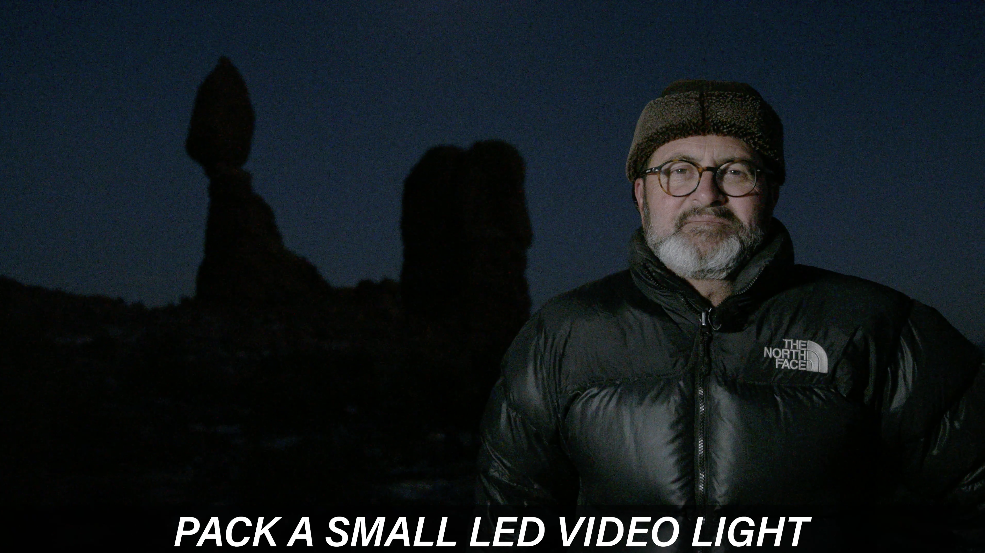 We were shooting something late at night at Arches. There was no light. I wanted to just do a quick little piece of dialogue. Julene can hold this up on the side. It lights my face just a little bit. It let me do a little talk. It looks a little bit like the old Blair Witch Project, you know.  Yeah. 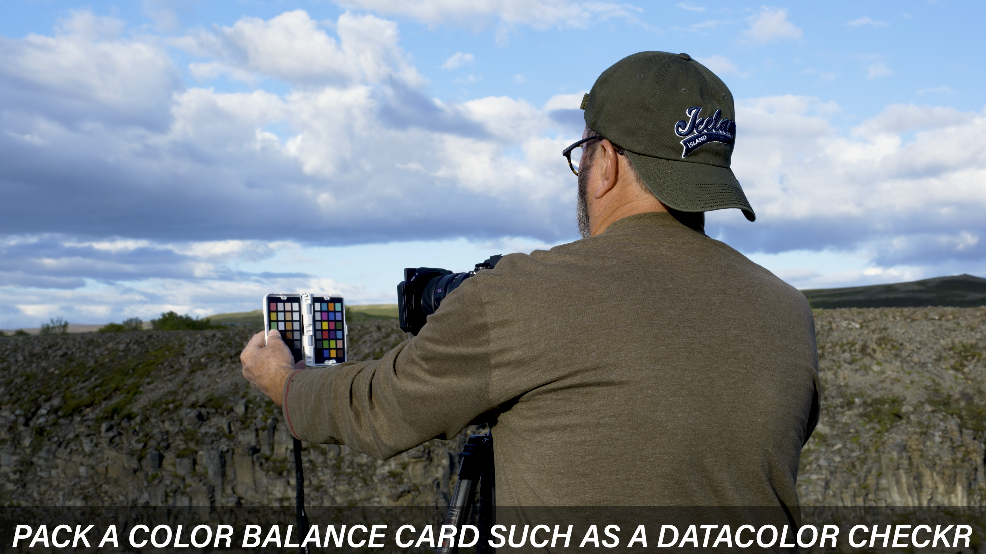 My next is I carry the Datacolor Spyder Checkr photo. It’s a small little color chart or a grayscale chart. I can put it in when I’m doing still images or video. I love to have this in my bag and it travels really easily. 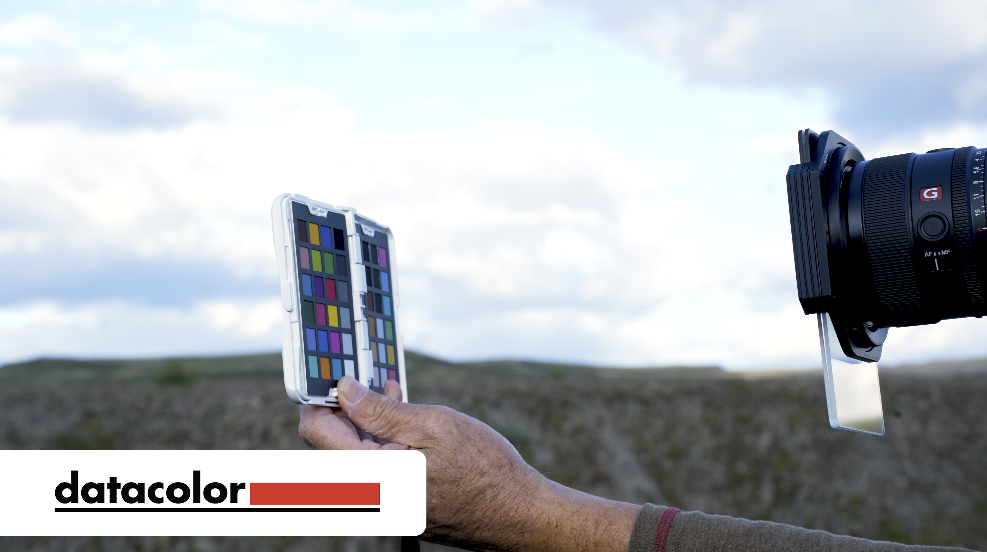 So those are our tips for traveling with gear. Keep those cameras rollin’ and keep on clickin’! 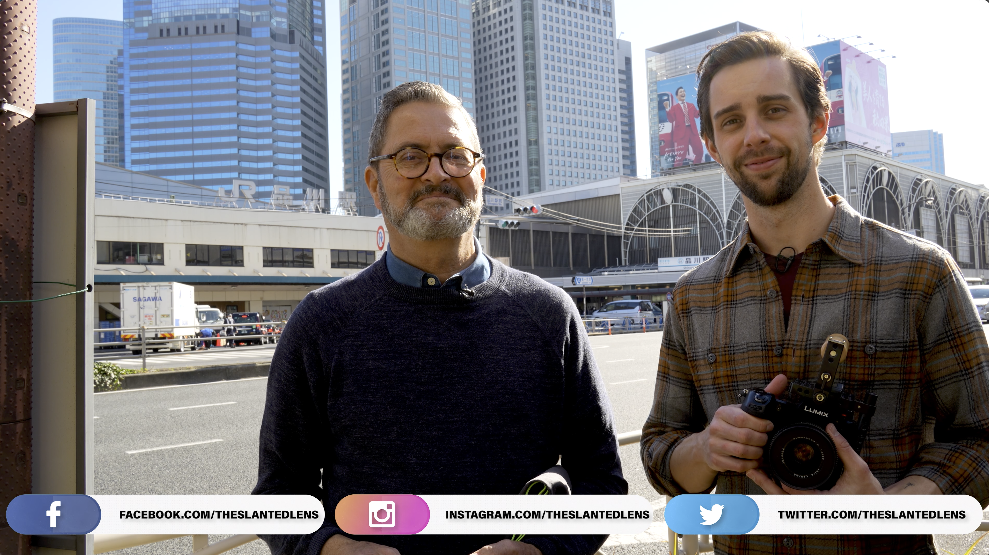